Being an airline pilot is one of the most admired jobs one can have. They have the opportunity to work abroad and explore the globe. Pilot pay varies based on the kind of aircraft, the destination, the number of hours, and a variety of other criteria. Given the danger involved in transporting hundreds of tourists from one continent to another, it is no surprise that they are making a lot of money. Which airline pays its pilots the highest in the world, then is the question of the day. Don’t worry! This post is put up to answer that question. In this post, you’ll find the 20 highest-paying airlines in the world.

But becoming a commercial or private pilot is not a simple journey. Earning the necessary experience to be qualified to fly a commercial aircraft demands a significant time commitment over many years. Furthermore, enrolling in an aviation school and obtaining your certification might be very expensive.

Most of us have at some point or another professed a desire to become pilots. But have you ever wondered how much they make? If you already work as a pilot, you might be interested to see whether another airline pays its pilots more than yours does. In any event, this essay will protect you.

We’ve gathered data on average compensation, pay for new pilots, and pay for the most seasoned pilots. Additionally, these airlines regularly train their staff to provide them with the knowledge necessary to use the ever-evolving aviation technologies.  For the sake of this guide, we’ve consulted a range of sources, including the airlines themselves, self-reporting websites like Payscale and Glassdoor, as well as data straight from active pilots.

20 Best Paying Airlines in the World for Pilots

Read also: Top 10 Most Expensive Gadgets in the World 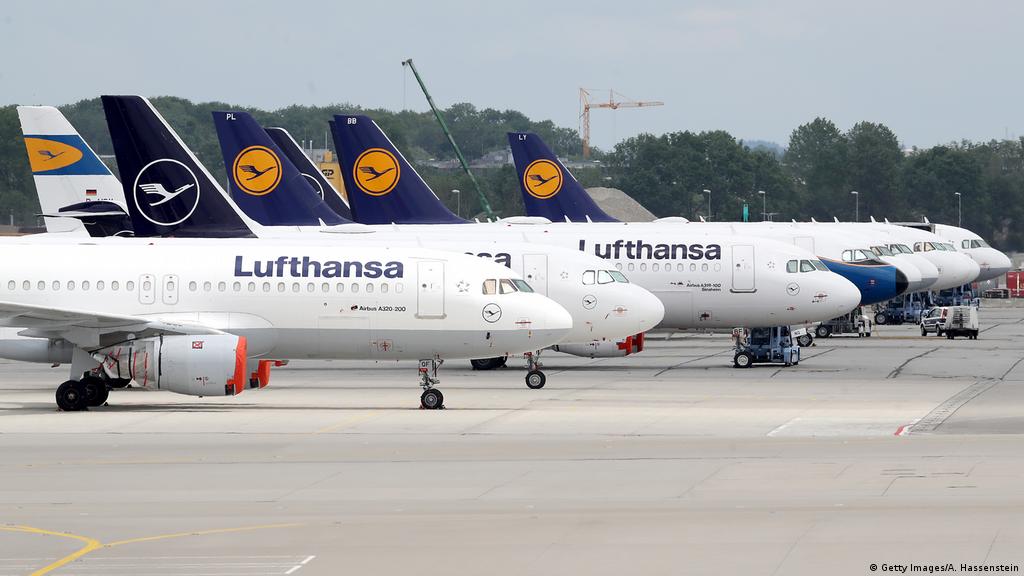 Alaska is one of the highest-paying airlines in the world with an average annual salary of $194,600. The 77-year-old is the oldest airline company in the US. As an experienced captain in the company, you can expect to earn as much as $238,400 on average.

Current and former pilots at Alaskan Airlines also report a generous profit-sharing and bonus program that in some years paid as much as $10,000. The salary range for professionals with twelve years of experience is between $225,900 to $266,000.

Also Read: Top 10 Countries in the World with Highest Salaries 2022

At United Airlines, a pilot makes an average of $129,664 per year. The most seasoned pilots at United had the highest earning potential in the sector, at $308,400, according to our data. At United, new pilots may anticipate earning $79,800 a year.

Additionally, United Airlines has a bonus program that offers qualified employees the chance to receive additional money. This might cost anything between $2,500 and $15,000 annually. 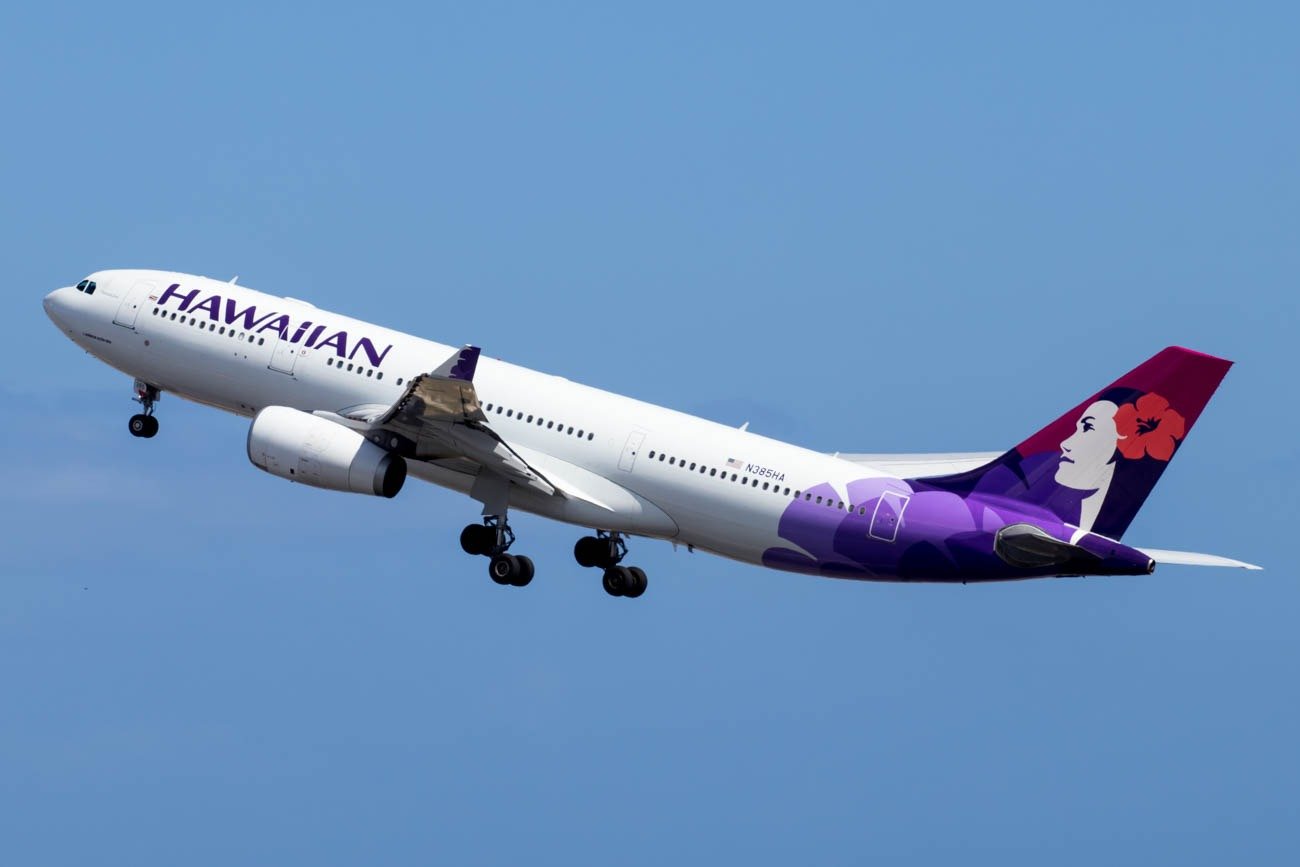 Hawaiian Airlines is the major provider of commercial flights to and from the US state of Hawaii. Additionally, the airline is the tenth-largest commercial airline in the US and is the oldest US carrier to have never experienced a deadly accident or hull loss.

A pilot at this airline makes an average of $128,450 per year. The highest-paid pilots at Hawaiian can expect to make $294,000 a year, making it one of the highest-paying airlines while also frequently flying over some breathtaking landscapes. Even their less seasoned pilots make an average of $73,000 yearly. The pay scale for captains with at least 12 years of experience is $304,000 to $364,770.

Like some of the other airlines on this list, Hawaiian Airlines also has a bonus plan in place for pilots that can lead to even higher earnings.

Read Also: Top 10 Most Valuable Currencies in the World in 2023 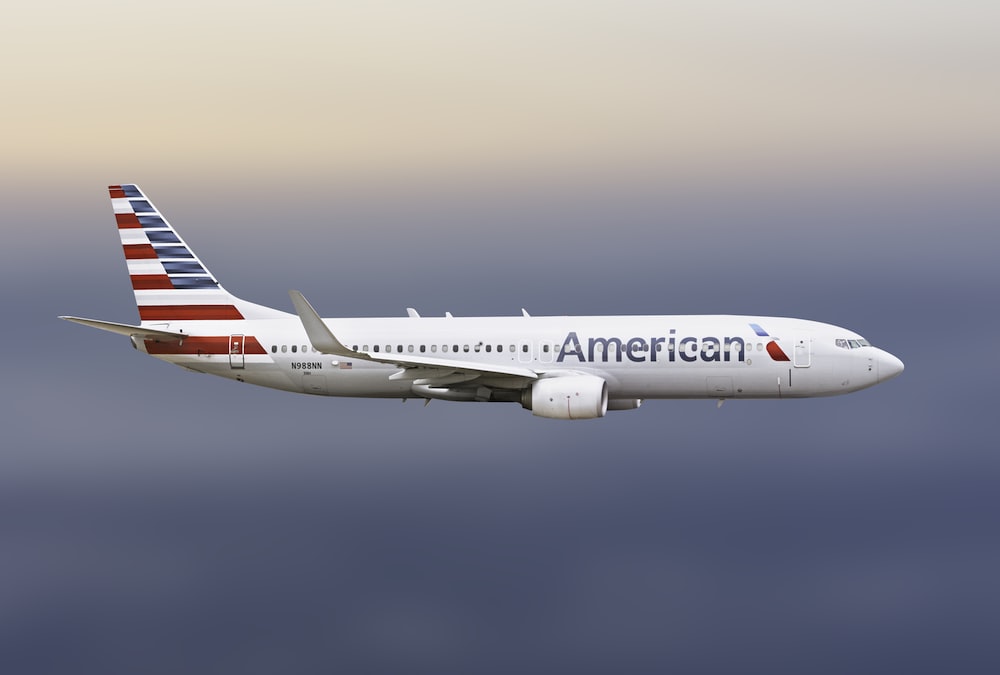 Additionally, American Airlines offers its pilots a number of highly attractive schemes for extra compensation. This covers profit-sharing, cash bonuses, and other benefits. The annual value of this additional remuneration might range from $2,500 to $15,000.

American Airlines is one of the major airlines in the United States with its headquarters in Fort Worth, Texas. In terms of fleet size, destinations, and revenue, the airline is the largest. The 1,100 flights operated by the American Airlines Group travel to over 62 countries.

The airline also pays its pilots some of the highest salaries in the industry. American Airways pays its first officer pilots an annual salary that ranges from $90,000 to $145,000. Salary ranges for senior captains are between $234,000 and $294,000 annually.

Air China is one of the best-paying airlines in the world. It is one of the “Big Three” mainland Chinese airlines and is a major player in the Chinese aviation industry. The airline offers flights to both local and foreign locations from its Beijing headquarters in Shunyi District. 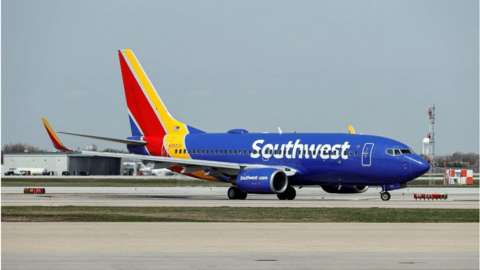 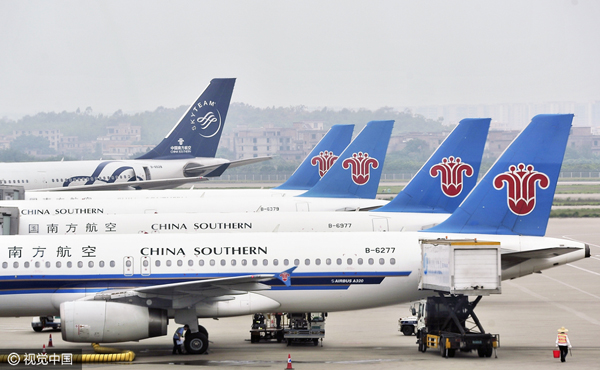 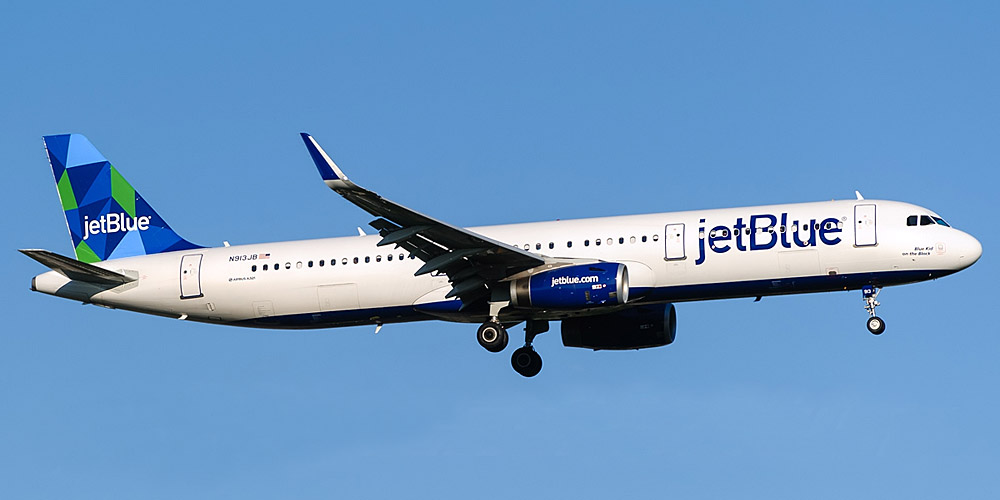 This is consistent with the pattern we observed, whereby some of the smaller, regional, and passenger-serving airlines pay their pilots a little less than some of the major national airlines. The annual salary of pilots who are just starting out in their careers and who lack seniority or experience is closer to $82,000. 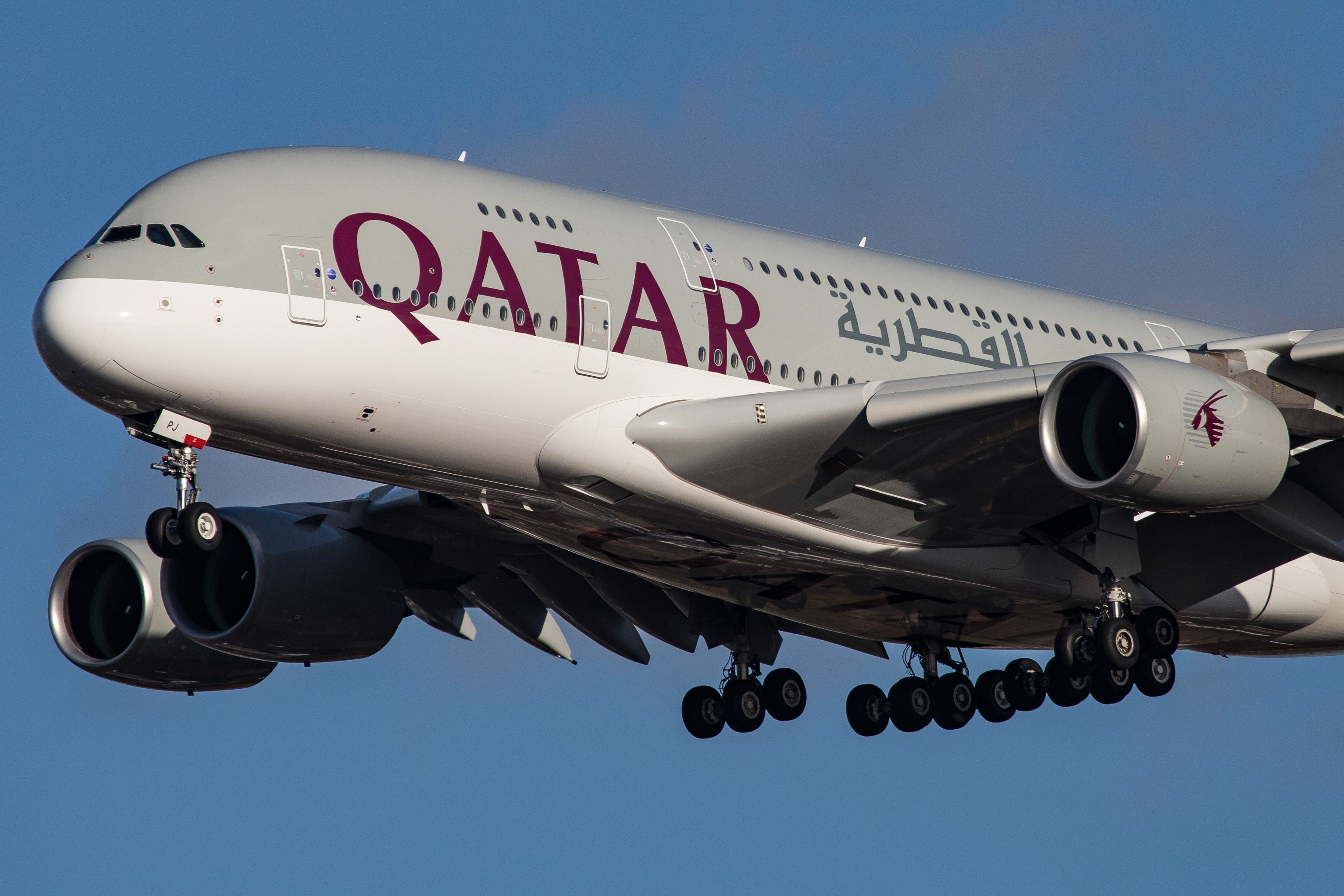 Qatar airline is a state-owned airline and is one of the highest-paying airlines in the world. It has its corporate office at the Qatar Airways Tower in Doha and serves more than 150 foreign destinations with over 200 aircraft in its fleet. Frontier Airlines is one of the highest-paying airlines in the world, with pilots making around $114,000 on average yearly. Earnings at Frontier might reach upwards of $235,000 for those with the highest seniority and expertise. However, less experienced and newly licensed pilots might anticipate making $67,700 a year.

In addition to being an excellent location to get experience, Frontier Airlines is another airline on the list that pays somewhat less than some of its rivals due to its size and reputation. 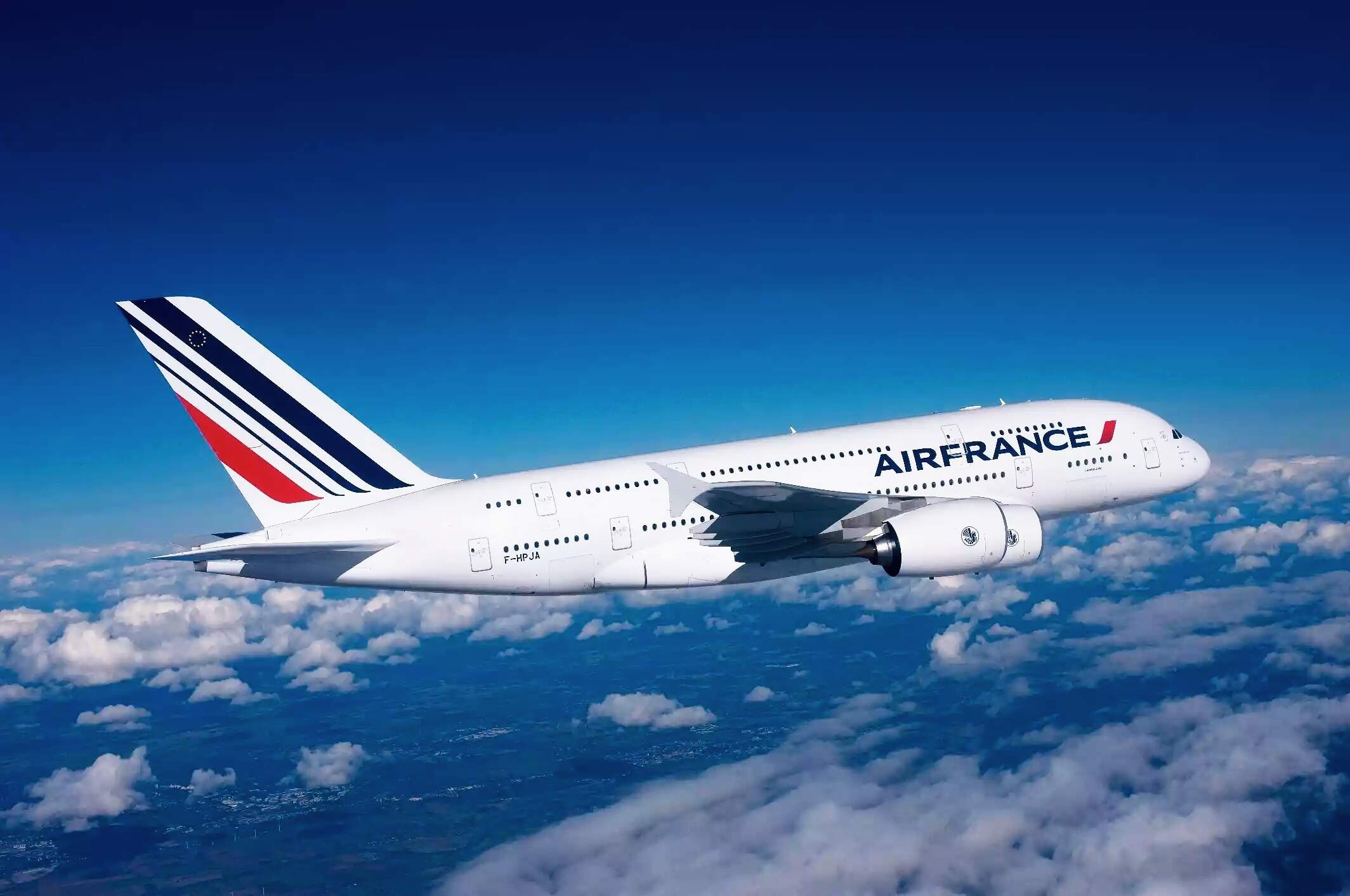 French flag airline Air France has its main office in Tremblay-en-France. An Air France-KLM group company, the airline. 175 locations throughout 78 different countries are serviced by Air France, along with 36 domestic locations. 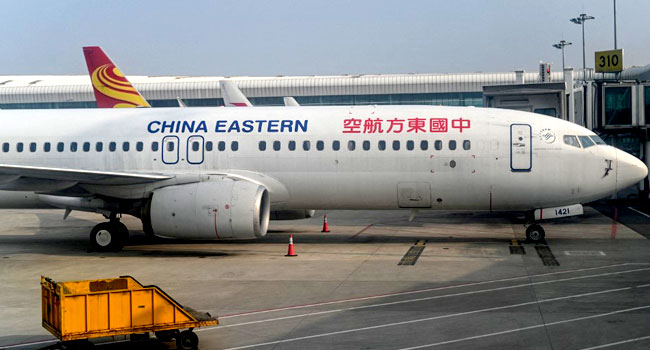 Irish ultra-low-cost airline Ryanair was established in 1984 and has its headquarters in Swords, Dublin, Republic of Ireland. The airline offers service to more than 40 nations worldwide. 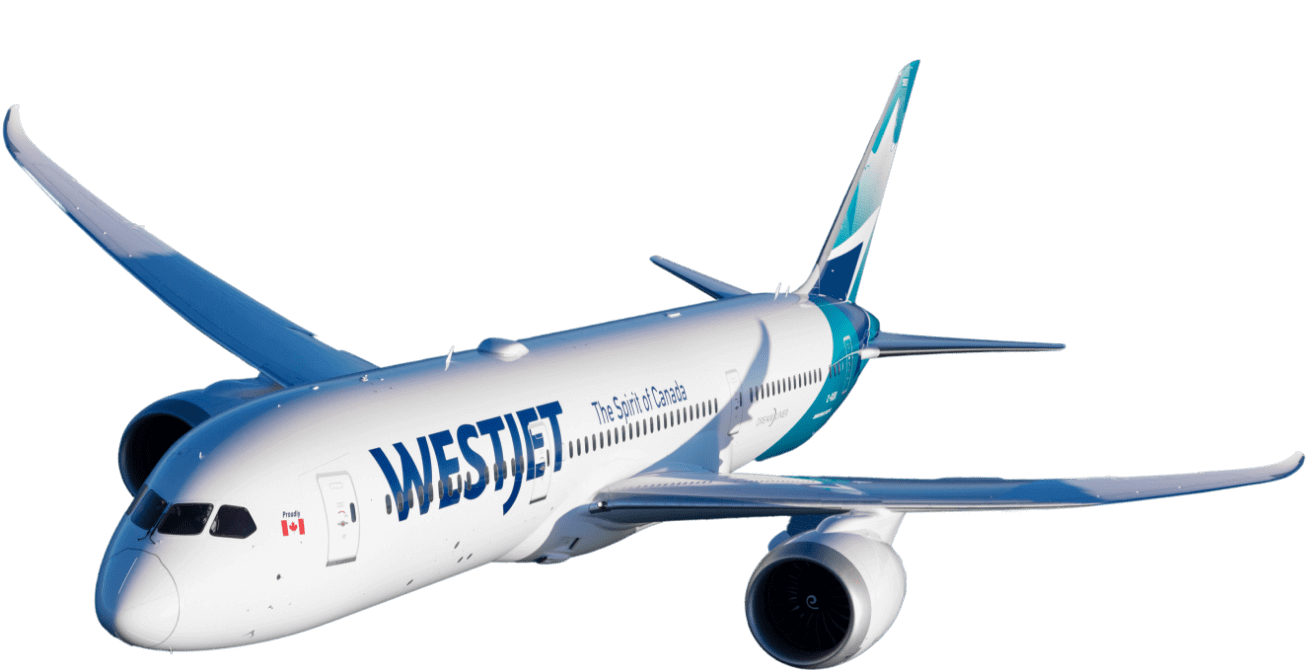 WestJet Airlines is one of the highest-paying airlines in the world. At this airline, a pilot makes an average of $92,000 per year. The average salary for WestJet pilots with the greatest experience is $147,000, while the beginning salary for new hires is in the region of $64,500.

Another airline that gives its staff incentives and profit-sharing is WestJet. Based on the economic conditions that impact the airline, this might vary considerably, but according to our analysis, the range is between $0 and $10,000 each year. Spirit Airlines pays its pilots an average compensation of $148,500 per year. Their top-paid pilots make an average of $224,370 per year, while entry-level pilots typically make around $52,300.
For its younger pilots, Spirit does provide one of the lowest incomes on the list, but it’s still an excellent location to start your career and get experience. Once you have that experience, you may either advance professionally at Spirit and earn more money, or you can try out one of the other airlines. 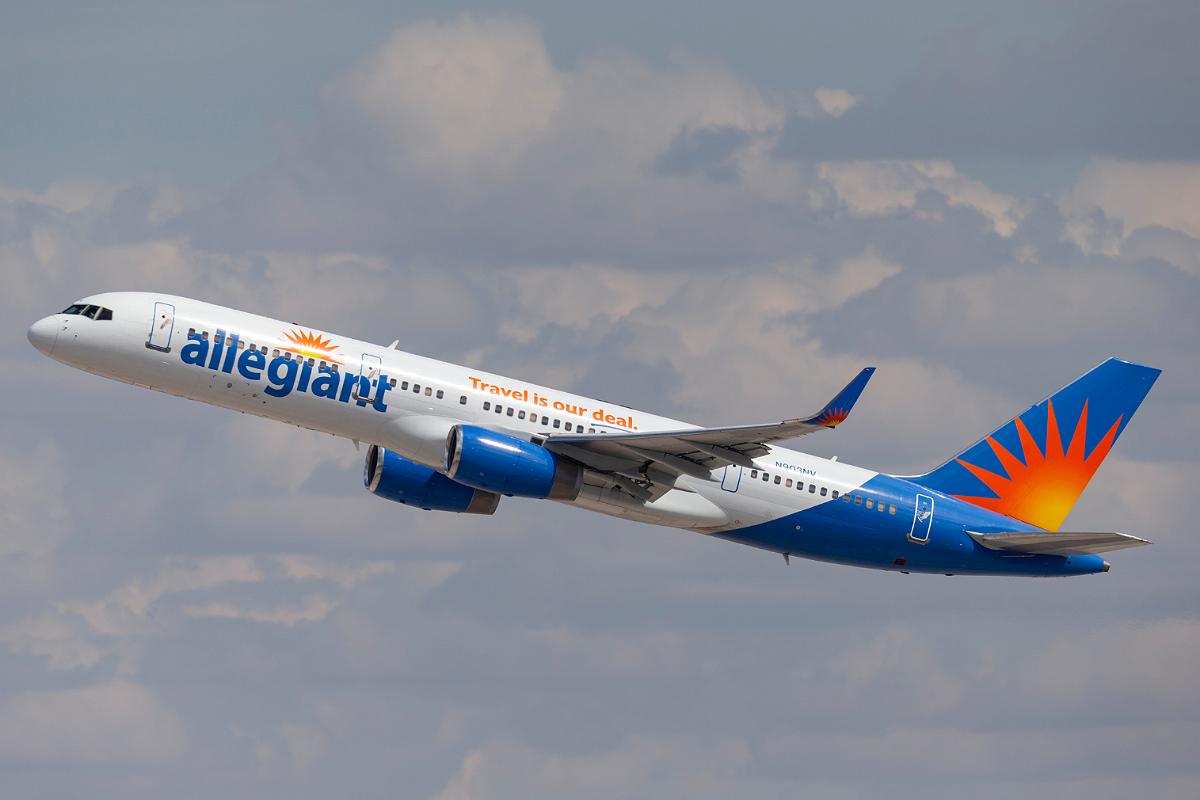 Completing our list of the top 18 best-paying airlines for pilots is Allegiant Air with an average annual salary for a pilot of $103,667. Pilots that have the most seniority and experience average $200,750 while those with less experience just starting out average $49,900. At Air Canada Airlines, a pilot’s yearly compensation is on average $109,900. (we converted these figures to US Dollars for comparison purposes). The average yearly salary for their most seasoned pilots is $208,600. The typical yearly salary for newer pilots with less experience is $78,500. Sun Country completes our list of the 20 highest-paying airlines in the world for pilots. The average annual salary for a pilot at Sun Country Airlines is $113,500. The most experienced pilots (top 10%) can expect to make an average of $219,000 annually while beginners can expect to average around $66,100 per year.

An Airline Pilots Salary Depends On Many Factors

The salaries of airline pilots depend on a number of factors and typically, as in many other professions, experience is a crucial determinant. A commercial pilot’s annual salary could triple between years 1-5. The faster you get your flight experience and the more flight time you have, the faster you will likely achieve an airline captain’s salary. Generally, a pilot’s salary is dependent on:

How a Pilot’s Salary is Calculated

A pilot’s salary is calculated by multiplying the number of flight hours by their hourly rate This implies that a pilot is only paid while their airplane is running. Plus, they’ll receive a per diem. A per diem is paid they receive for time away from the base and is meant to cover food and other expenses while on the trip.  For example the year 1 pay rate for an Envoy first officer is $105 per hour. If the pilot flies 95 hours that month they’ll receive $9, 975 as salary.