Before Gutenberg’s invention of the printing press in 1439, books had to be written and copied by hand making them rare and expensive. Today, the procedure is automated and made so much simpler for books in digital form that they are now reasonably priced and widely available. The most expensive books ever sold have been listed along with their pricing. The majority of the books on this list are quite difficult to get, but some of them are also very significant historical records, which is why they are so valuable. In this post, we’ll tell you the top 10 most expensive books ever sold in the world.

On the one hand, your library could include something that can make you rich overnight. On the other hand, if you find yourself with a large sum of money and are unsure of what to do with it, you can think about buying one of the most expensive books in the world to display on your shelves. Either way, it’s a win-win.

Even though the oldest valuable books in the world are hundreds of years old, their value seems to rise over time. There are a few books out there, old ones mostly, that are valued at super high prices. They seem to mature like fine wine and get better with time.

In the following sections, we’ll explore the 10 most expensive books ever sold to date. In addition, we’ll take a look at what makes them so valuable, bringing people like Bill Gates to spend tens of millions for a copy. 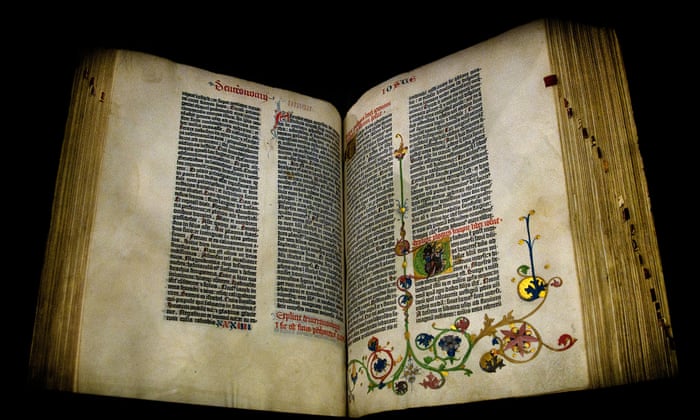 Gutenberg Bible was the first book to be printed from movable metal type. The first publication of the book emerged in 1455 in Europe, marking the beginning of an era known as the Gutenberg Revolution. It also ushered in the time of printed books in the western world.

A copy of the Gutenberg Bible sold in 1987 for a then-record $4.9 million at Christie’s New York. There are 49 Gutenberg Bibles known to exist, but only 21 are complete. One of the incomplete copies was purchased by a Japanese bookseller – Maruzen Company. The sale was made in 1987 and fetched $5.4 million.

Gutenberg Bible completes our list of the top 10 most expensive books in the world. 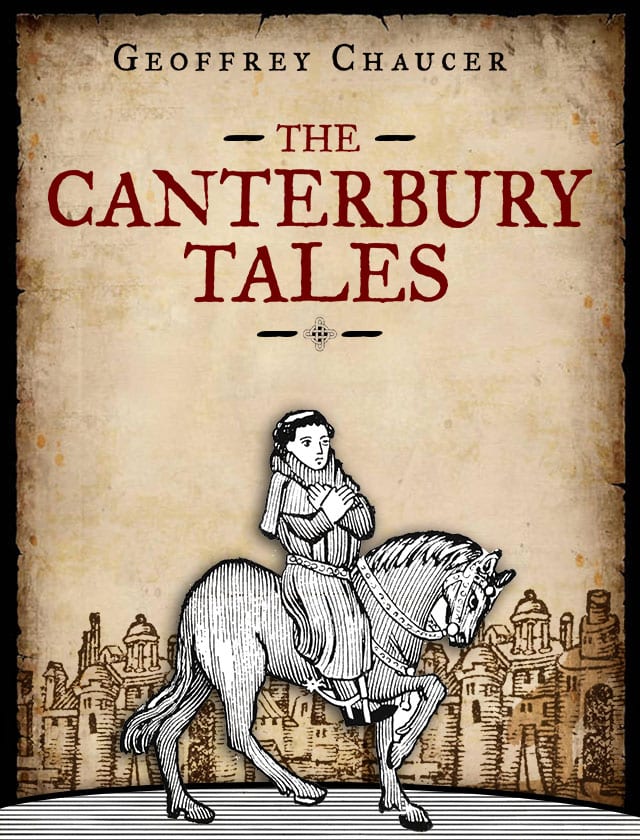 The Canterbury Tales is one of the greatest works in English literature to date. It was written in 1392 by Geoffrey Chaucer and originally titled Tales of Caunterbury. The book is a compilation of 24 stories put together between 1387 and 1400. Only 12 copies of the first edition are known to exist.

In 1998, British billionaire and philanthropist John Paul Getty Jr. bought an extremely rare 1477 first edition of Geoffrey Chaucer’s Canterbury Tales for $7.5 million, making it one of the most expensive books ever sold in the world. 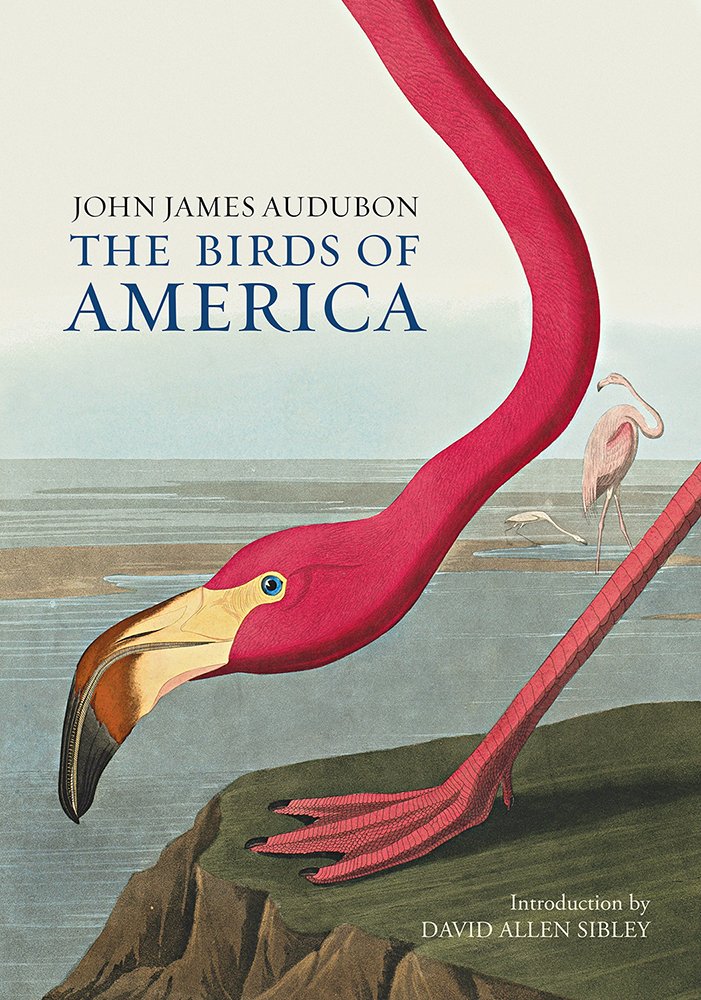 The Birds of America was first published in 1827 and was written and drawn by John James Audubon. Created by a biologist and painter, the book has a variety of American bird species. Since many of the birds shown in the book are now extinct, it serves as an important record of their former existence. There are just 119 copies in total, with the majority being held by libraries and museums.

One copy of Birds of America received the highest price in 2010 at $11.5 million, making it the 8th most expensive book ever sold.

The Rothschild Prayerbook, also known as Rothschild Hours 7 on our list of the top 10 most expensive books in the world. It was initially owned by Anselm Salomon von Rothschild and his descendants. The work is a book of hours, which are devotional books used by Christians in the Middle Ages, as the name indicates. One of the few illuminated manuscripts from the Middle Ages that has survived is the Book of Hours.

Rothschild Hours is an important Flemish illuminated manuscript book of hours, It was made by several artists around the year 1500–1520 and contains 254 folios. The book was first sold in 1999 by the Austrian National Library in Vienna and then again at a Christie’s auction in New York in 2014. The final buyer, Australian businessman Kerry Stokes paid an immense $13.9 million. Today, the book is on display at the National Library of Australia. Rothschild Hours is the second most expensive book ever sold in history. 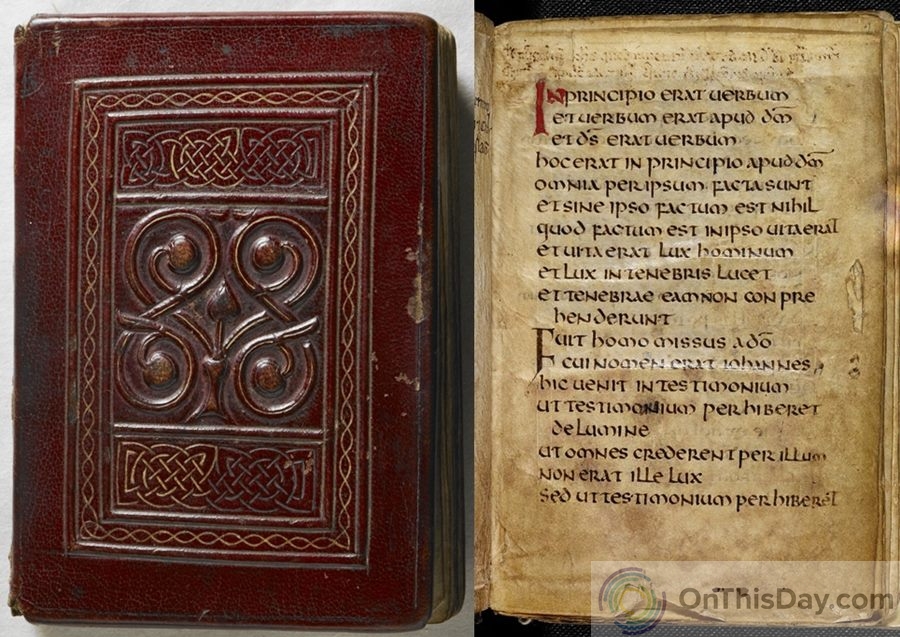 The St. Cuthbert Gospel, the oldest preserved European book, was purchased in 2012 by the British Library in London for $14 million. It’s written in Latin and has an exquisitely decorated leather binding, the earliest western bookbinding known in existence.

The early 8th-century pocket gospel book was originally written in Latin and buried with Saint Cuthbert in 687 but was recovered from the tomb in 1104. Following the removal of the book, the St Cuthbert Gospel found a new home at Durham Cathedral but was later passed on to Thomas Allen, the English Jesuit College, as well as the British Library. The book has endured many years and centuries without losing its quality and remains in great condition.

The book consists of 94 vellum folios and has a simple interior. The St Cuthbert Gospel, or Stonyhurst Gospel, was originally written in Latin and buried with Saint Cuthberts of Lindisfarne. 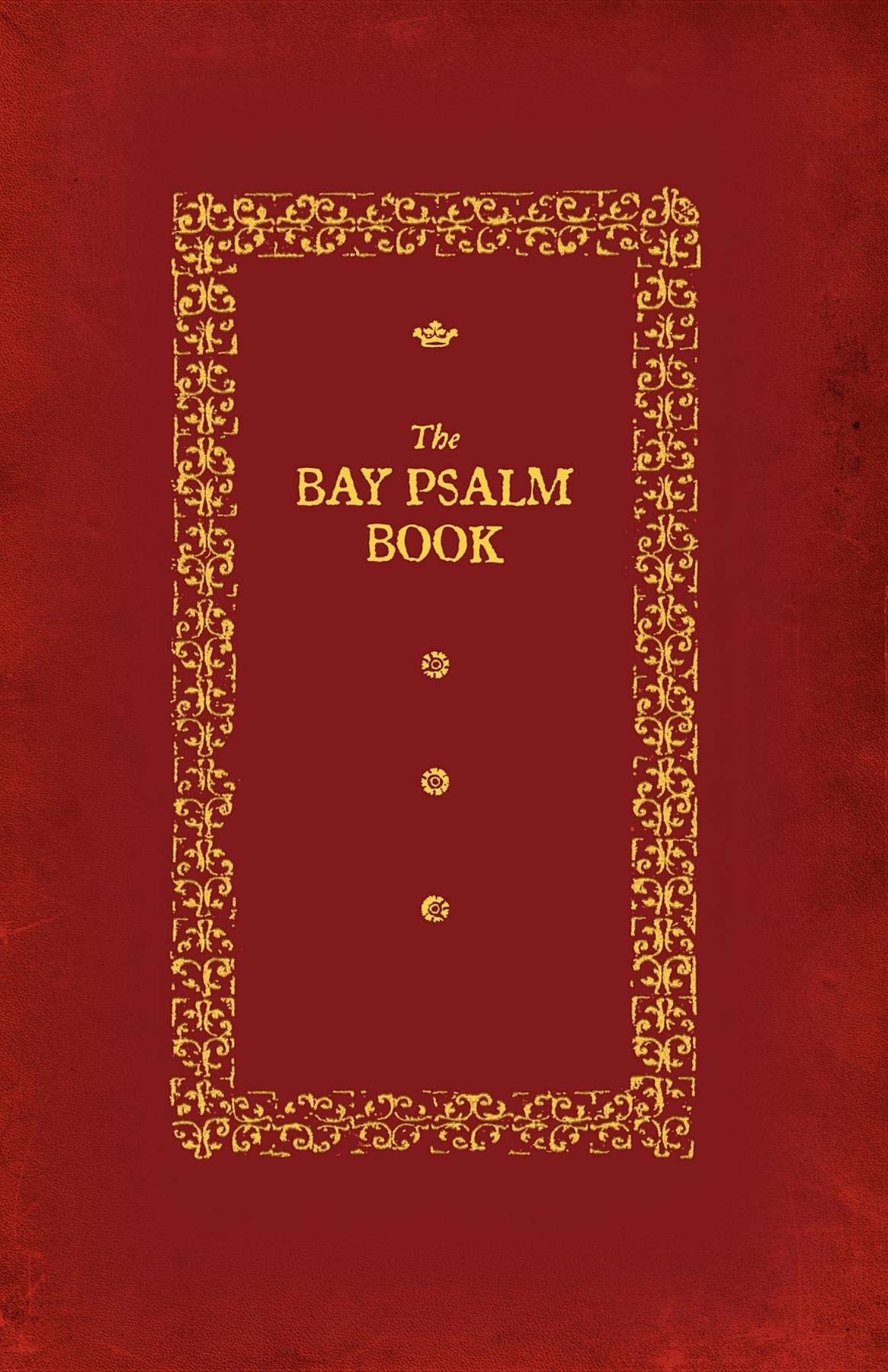 With an original purchase price of $14.2 million, the Bay Psalm Book is the fifth most expensive book in the world. It was the first book printed in British North America.  The book was published in 1640, twenty years after the first pilgrims arrived at Plymouth Rock. There are only eleven copies of the original edition still in existence, and one of them was sold for $14.5 million in November 2013. 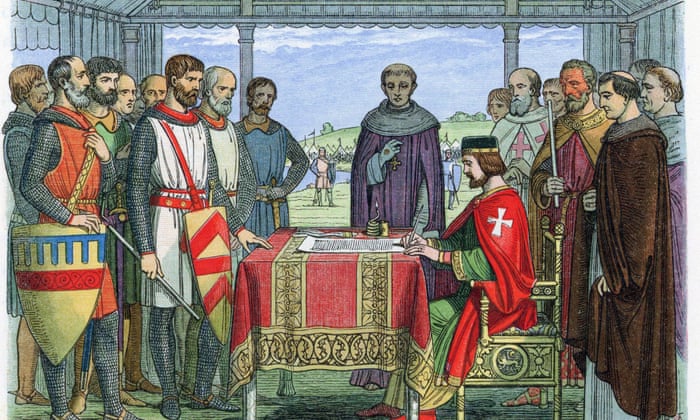 The Magna Carta was first published in 1215 and is still in use today. The royal charter was produced by Archbishop of Canterbury Stephen Langton. It was an attempt to bring the monarch and certain rebels closer together.

The book was sold in 2007 to the billionaire Ross Perot for the astounding price of $24.5 million, making it one of the most expensive books ever sold. It was published in 17 editions, but there’s only one that survived the passage of time.

It was the first document to officially declare that the king and his government were not above the law. Its intention was to prevent monarchies from exploiting their power and to place limits on royal authority.

Recommended: Top 10 Most Expensive Toilets in the World 2022

3. The Gospels of Henry the Lion 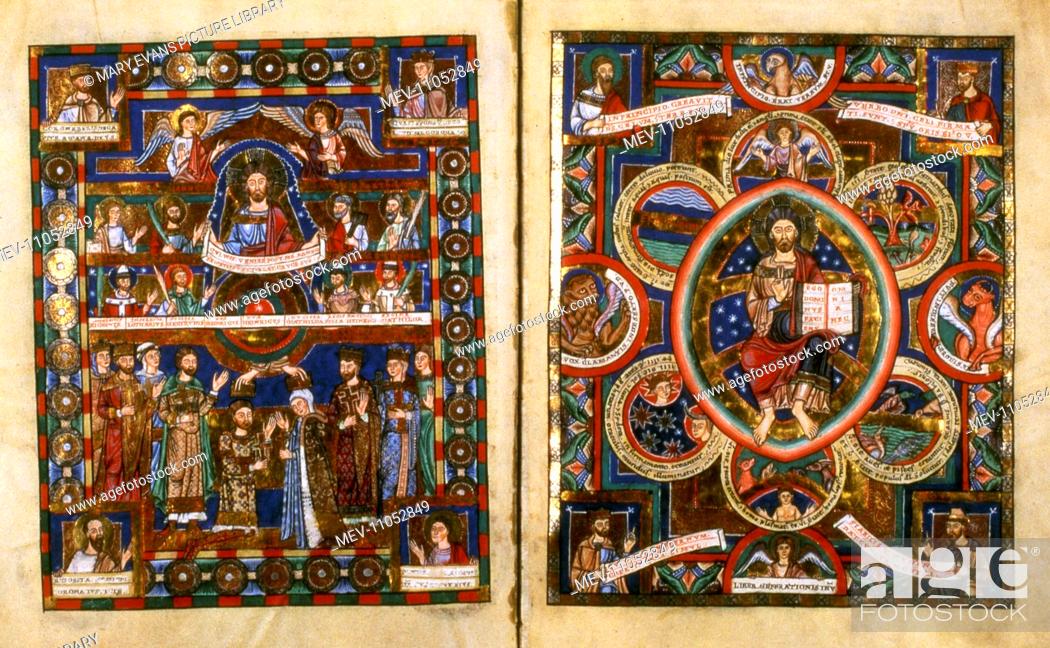 The Gospels of Henry the Lion are magnificent pieces of literature. It was created sometime in the 12th century for the Virgin Mary altar at the church of St. Blaise’s Abbey, Brinswick. The German government, assisted by a number of individual benefactors, paid an astounding $28 million for the book at an auction in 1983. The book is regarded as a masterpiece of the Romanesque illuminated manuscript from the 12th century. It contains the text of four gospels spread on a total of 266 pages out of which 50 are full-page illustrations. 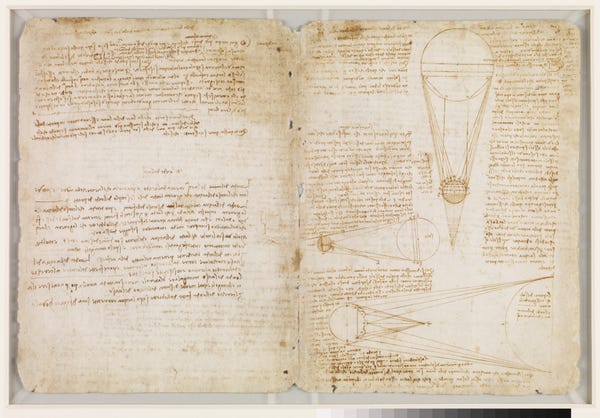 Codex Leicester is the second most expensive book ever sold in the world. It was published in 1510 and contains some of the scientific writings of Leonardo da Vinci. It was named after Thomas Coke, the Earl of Leicester, who purchased the 72-paged codex in 1719. In 1994, it was bought by Bill Gates for an incredible $30.8 million, making it the most expensive book ever sold.

It was purchased by Bill Gates in 1994 for $30.8 million, which is equivalent to about $54.4 million in 2022. After purchasing it, Gates had the Codex scanned and turned into a screensaver for Windows 95. He also had some of the images digitally scanned and released as wallpapers for Windows 98 Plus.

Read Also: 20 Most Expensive Private Jets in the World 2022

1. The Book of Mormon

The Book of Mormon is the most costly book in the world at the original price of $35 million. It is said to include texts from prophets who lived between 2200 BC and 421 AD. With a $35 million price tag, The Book of Mormon currently holds the record for being the most valuable book ever sold.

The manuscript was originally published in 1830 by Joseph Smith, the founder of the Latter-Day Saint Church, who titled it The Book of Mormon: An Account Written by Mormon’s Hand on Plates Taken from Nephi’s Plates.

Over 150 million copies of the book have been printed, and it has been translated into 112 other languages. $35 million was paid by The Church of Jesus Christ of Latter-day Saints to purchase a copy of the original text.

15 Most Expensive Bathrooms in the World 2022