The old industrial titans, hedge fund managers, and Silicon Valley CEOs no longer control the generational riches in the 21st century. The traditional methods of becoming wealthy are no longer relevant in the age of social media and internet culture because there are so many new opportunities to create money and financial security. In this post, you’ll know the youngest female billionaires in the world in 2022. Furthermore, we’ll also tell you their sources of wealth.

In our previous article, we told you about the youngest billionaires in the world in 2022 and notably, that list was a mix of male and female young business tycoons. In this article, we’ll tell you the richest and youngest women in the world.

10 Youngest Female Billionaires in the world in 2022. 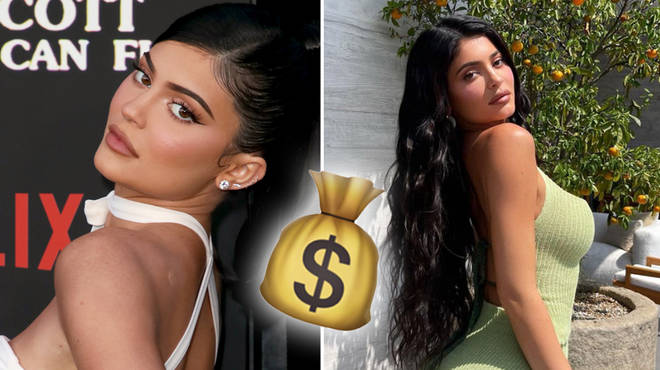 Jenner Kylie is an American media personality, socialite, model, and businesswoman. She is the youngest child of the daughter of Kris and Bruce Jenner, and made headlines for her regular role on the popular television program “Keeping Up With The Kardashians.” Kudos to her exceptional financial acumen, she is recognized as a self-made billionaire by Forbes.

She has carved out a route for herself with the help of Instagram, where she has gathered followership of over 300 million people to become the most followed woman and one of the most followed people on Instagram. At the age of 22, she became the youngest self-made female billionaire by using her platform to advertise her beauty brand.

At age 14 in 2012, she collaborated with the clothing brand PacSun, along with her sister Kendall, and created a line of clothing, Kendall & Kylie. In 2015, Jenner launched her own cosmetics line called Kylie Lip Kits, which was renamed Kylie Cosmetics the following year

At age 25 in 2022, Kylie Jenner has an estimated net worth of $1 billion to become the youngest female billionaire by age.

Recommended: Top 10 Most Expensive Makeup Brands in the World 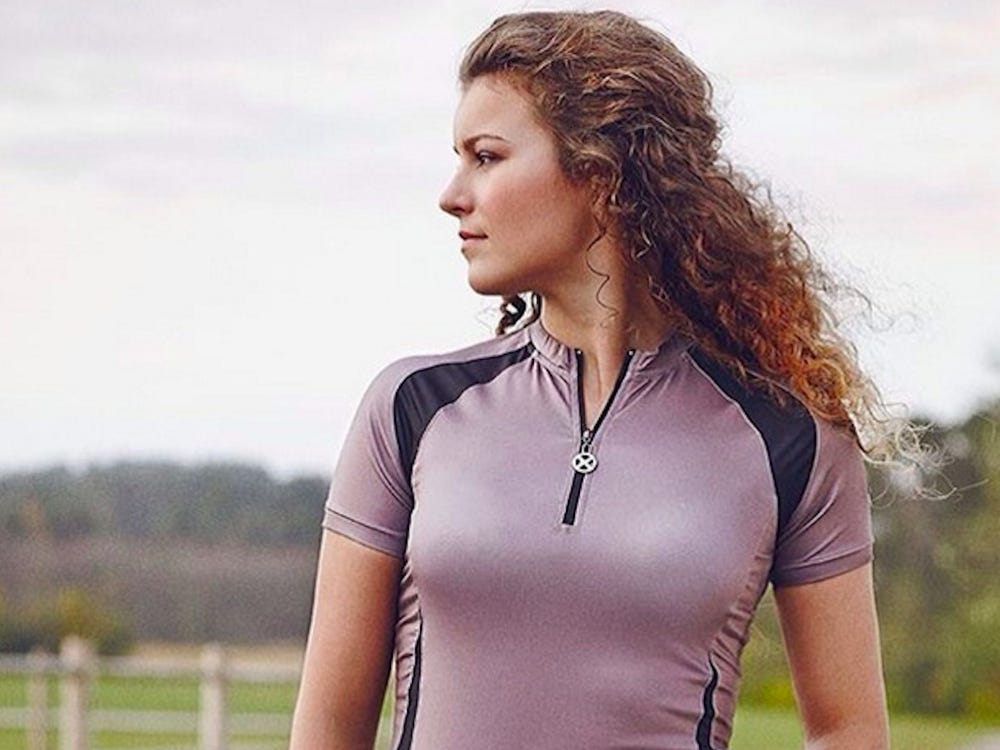 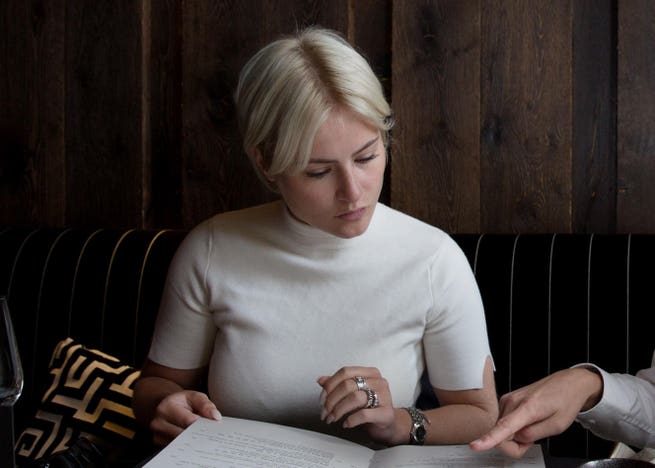 Katharina Andresen, who was born in 1995, is among the world’s youngest female billionaires in 2022. She and her younger sister Alexandra each received 42% of the family’s $2 billion per year revenue-generating investment firm Ferd, situated in Norway. Through a dual-class share structure, their father Johan still controls 70% of the votes and continues to operate the company.

According to Forbes, the Norwegian heiress was the third-youngest billionaire in the world in 2020 ($1.1 billion).

Katharina Andresen, at 27 in 2022, is one of the youngest female billionaires in the world with a net worth of $1.4 billion.

Elisabeth Furtwaengler is a daughter of publishing magnate Hubert Burda and doctor and actress Maria Furtwaengler. She owns 25% of Burda Media Group.

Together with her brother Jacob, she serves on the board of directors for Burda Media where she is the youngest board member. She goes by the stage name Lisa Fou and is a singer-songwriter.

The 29 years old Elisabeth Furtwaengler has an estimated net worth of $1.3 billion to claim the number 4 spot on our list of the youngest female billionaires in the world. 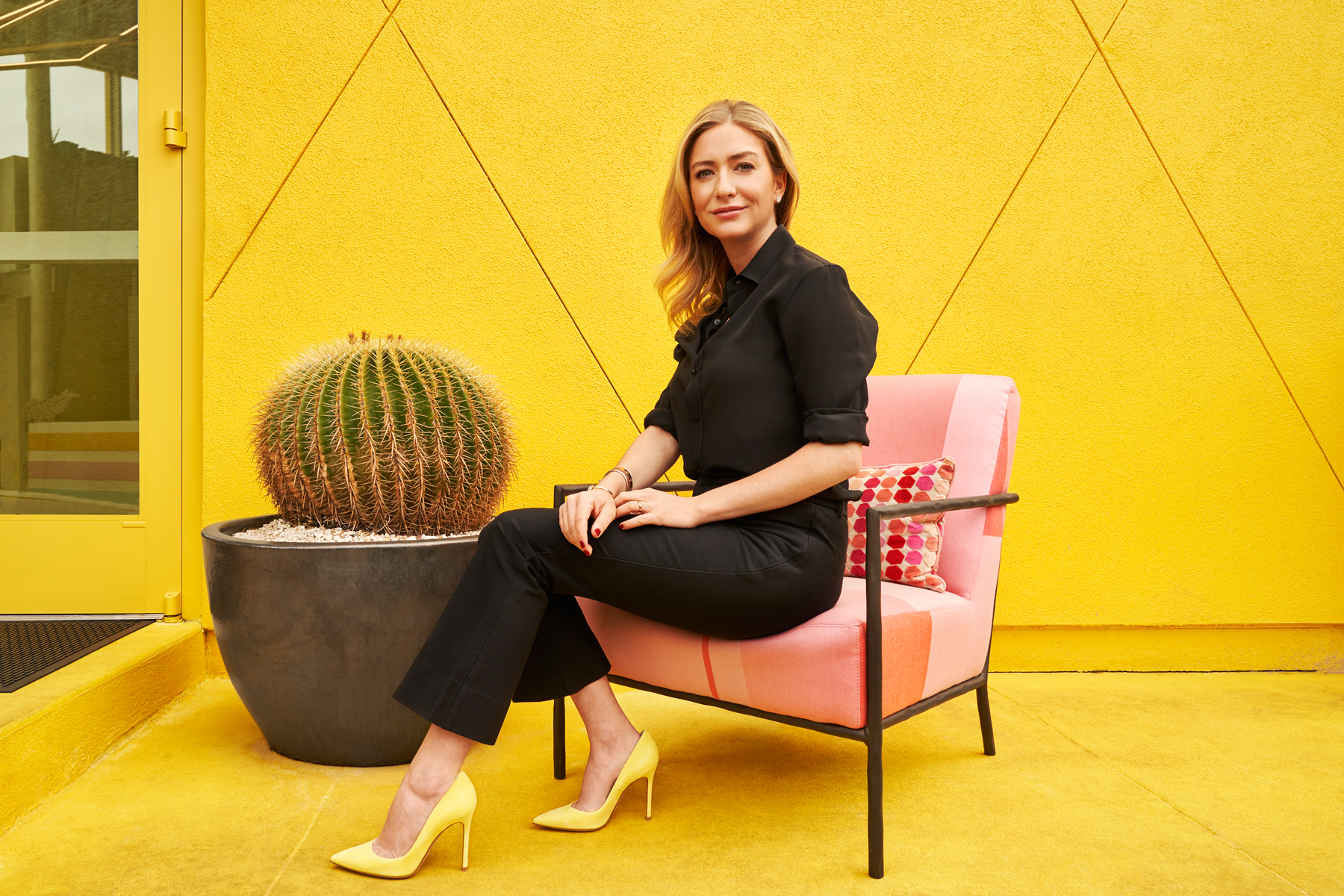 Whitney Wolfe Herd is an American businesswoman and founder and CEO of the publicly listed online dating service Bumble, Inc., which she founded in 2014. In February 2021, Wolfe Herd floated Bumble on the stock market, shattering the previous record for the world’s youngest female self-made millionaire. She is the youngest woman to have taken a firm public at the age of 31.

The company’s total wealth has climbed to 1.5 billion. Additionally, during the company’s market debut, the share price increased to 67%. 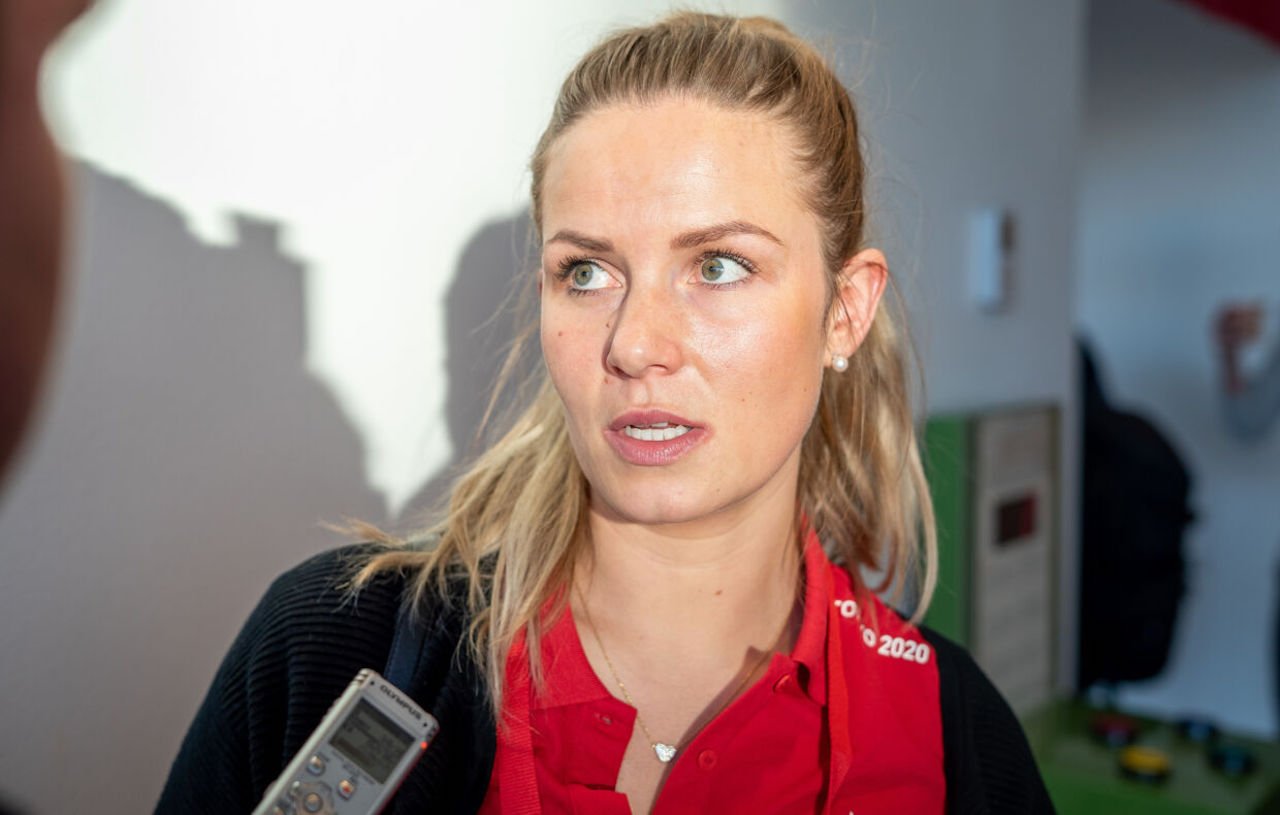 Anna Kasprzak is a Danish dressage rider.  She competed for Denmark in two Olympic games (in 2012 and 2016). Kasprzak’s greatest Olympic performance came in the team category in 2012 when she finished fourth with a Danish squad. Her greatest performance in the Olympics as an individual was a 14th-place finish in 2016.

Her mother Hanni Toosbuy Kasprzak is the owner and CEO of the Danish shoe brand ECCO. Kasprzak, along with her brother André and mother Hanni, runs this $1.46 billion (sales) Danish shoe manufacturer, ECCO.

Danish Shoe manufacturer is the biggest production center and sells their product in more than 90 countries.  More than 2200 concerts, including online venues, are hosted by the ECCO.

The 33-year-old Danish celebrity has a net worth of $1 billion, making her one of the youngest female billionaires in the world in 2022.

Also Read: Highest-Paid CEOs in the World in 2022

Eva Maria Braun-Luedicke owns 12% of one of the world´s leading healthcare suppliers, B. Braun Melsungen. B. Braun Melsungen is the manufacturer of medical devices and was founded in 1839 as a modest pharmacy selling herbal treatments. B. Braun makes a variety of items today, from surgical tools to infusion and injectable solutions, with more than 64,000 people worldwide. B. Braun employs Eva Maria as a communications manager.

Rihanna is the youngest female self-made billionaire in the United States with a net worth of $1.4 billion, according to the Forbes 2022 list of “America’s  Richest Self-Made Women.”She is one of America’s most financially-successful female entrepreneurs, executives, and entertainers. In addition, Rihanna is also one of the youngest self-made billionaires in the world in 2022.

Rihanna’s fortune comes from multiple sources. Among others, she has a stake in her lingerie company, Savage x Fenty and her earnings as a chart-topping musician and actress.

In August 2021, Forbes announced that Rihanna had officially become the wealthiest female musician in the world, second only to Oprah Winfrey as the richest female entertainer.

Caroline Marie Hagen Kjos is a Norwegian businesswoman, heiress, and billionaire based in Switzerland. She was Norway’s richest woman at the beginning of 2018. In 2014, she was chosen as the board chairman of the Canica family holding corporation. She also received a clear majority of the company’s share capital in 2014–2015. Forbes estimated Hagen Kjos’ assets to be $2.8 billion in March 2018.

The business recently agreed to combine with both the Dutch retailer and the ICA group. Caroline Hagen is the youngest female billionaire in the world in terms of net worth, with a net worth of almost $2.1 billion. 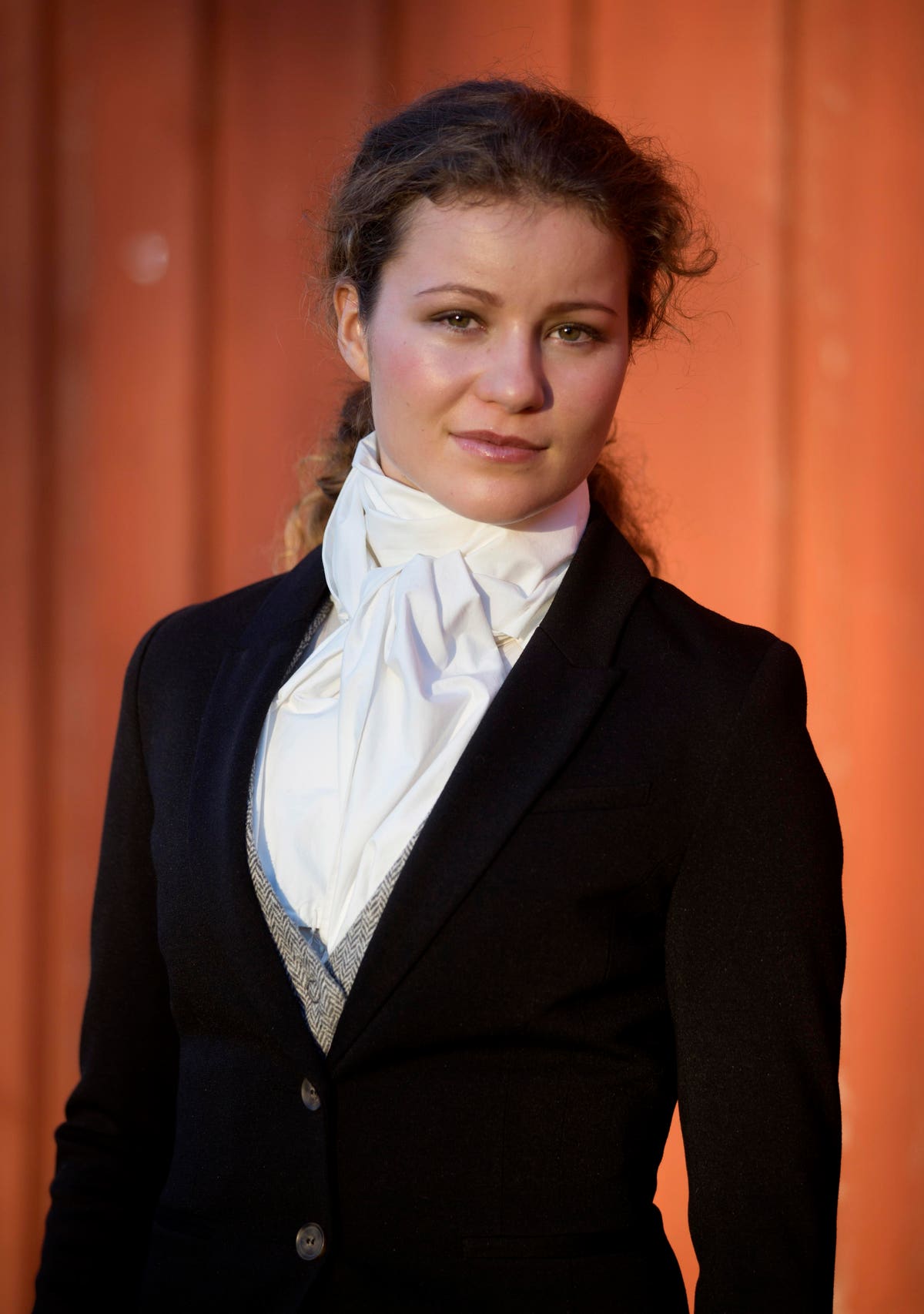 Friederike Braun-Luedicke completes our list of the youngest female billionaires in 2022. She owns 12% B. Braun Melsungen. B.  B. Braun makes a variety of items today, from surgical tools to infusion and injectable solutions, with more than 64,000 people worldwide. She works for B. Braun as a Manager in Personnel and Organizational Development. The company made her earn a fortune of around $1.3 billion and secure her name on the list of the youngest female billionaires in the world.