For a football team, there can be no greater delight than bringing home a renowned trophy at the conclusion of the competition. The fantastic game has a lot of money put into it because it is the most popular sport in the world. It should not be a surprise that these classic football trophies are rather expensive.

Football is without a doubt the sport that is watched the most around the world, and teams can participate in a variety of contests. However, numerous contests offer winners trophies and significant prizes. It’s interesting that winners of football events receive trophies and a cash award. In the following sections, we’ll tell you the top 10 most valuable football trophies in the world in 2022. 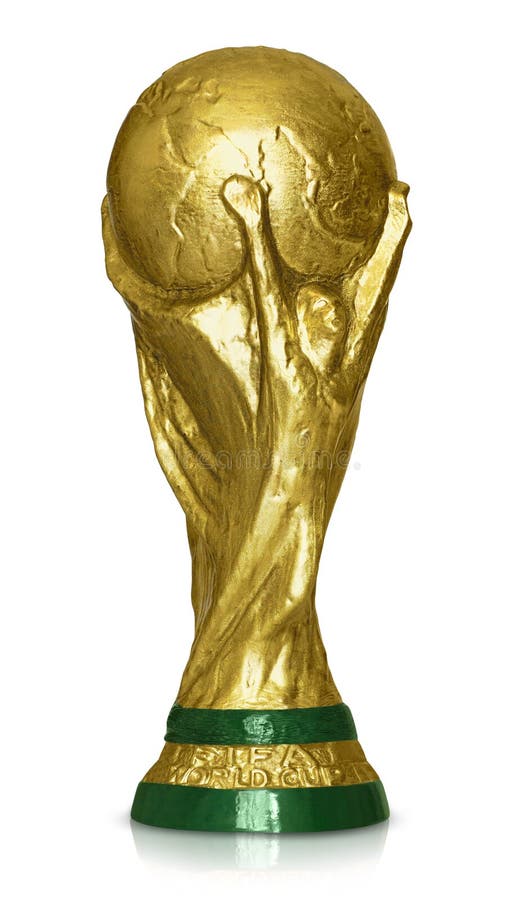 Of course, the FIFA World Cup trophy ranks first on the list of the top 10 most expensive football trophies in the world, valued at $20 million. The trophy, which was designed in 1974 by renowned Italian designer Silvio Gazzaniga, is given to the World Cup champion team every four years. In November 2022, Qatar is slated to host the 2022 edition of the competition.  Along with the names of former champions, the winning team’s name is inscribed on the base of the trophy.

The award depicts two athletes raising their arms in victory while holding the world in their hands. It is constructed from two layers of semi-precious malachite and 18-karat gold. France, who won the most recent World Cup, is the current owner of the trophy, which is 36.5 cm tall and weighs 6.175 kg. 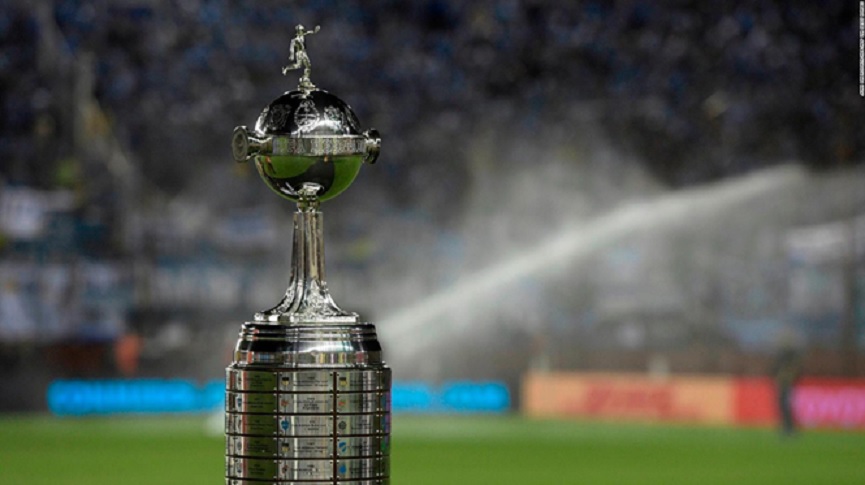 The number of winners’ badges was increased from the initial design’s maximum of 18 after it was modified. The winners of the competition are allowed to keep the trophy up to the season’s draw, at which time they are given a duplicate and must return the original.

In addition, a team that wins the Copa Libertadores de América competition three times in a row gets to keep the trophy permanently.

Sterling silver dominates the top of the trophy. Bronze with a silver coating only makes up a modest portion of the crest’s design. Plywood from hardwood lumber is used to make the pedestal. 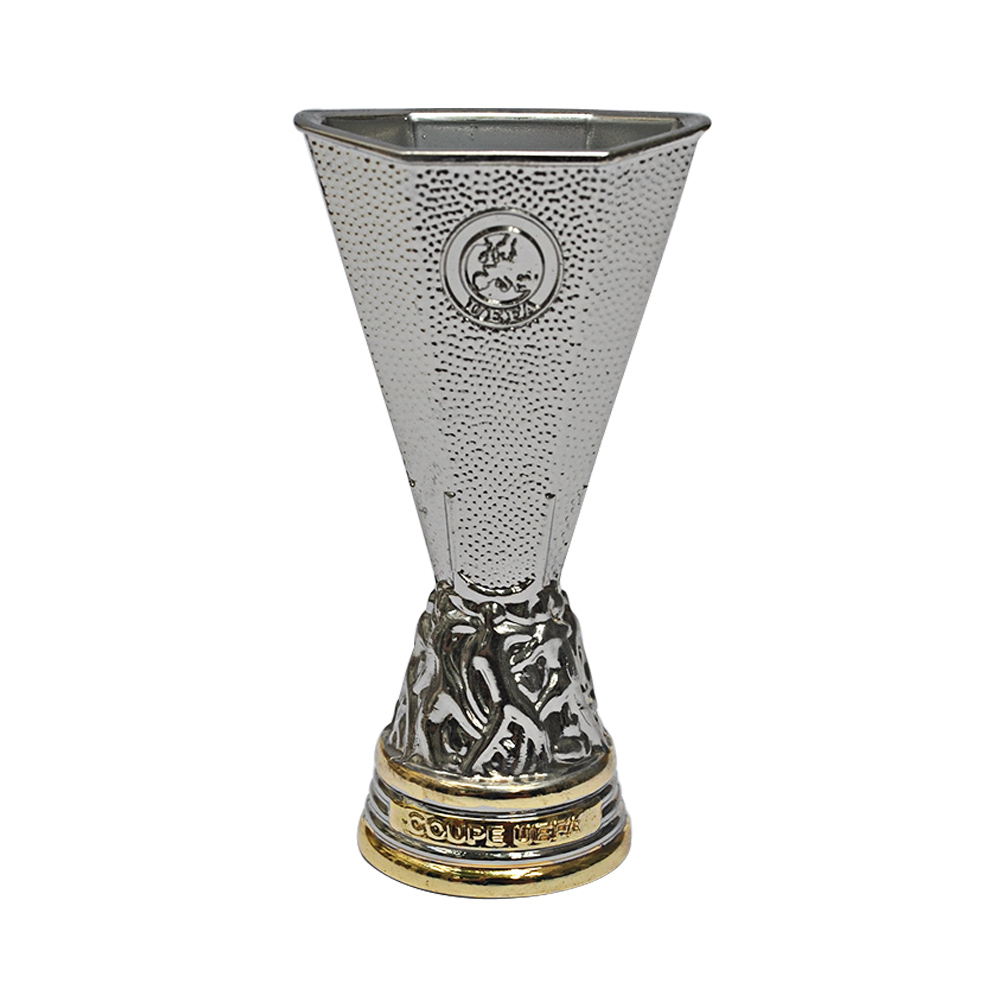 UEFA Europa League Trophy is the 3rd most valuable football trophy in the world. The trophy is valued at $4.5 million.

The Europa League, which sits between the UEFA Champions League and the UEFA Europa Conference League, is the second-tier competition in European club football.

In addition, the Europa League trophy is among the heaviest sports trophies, weighing 15 kg. One distinguishes this cup from other trophies awarded in European competitions is that it has no handles.

It was created in 1972 by Bertoni. Since then, the trophy has been given to the champion of the second-tier club competition in Europe each year. The cup, which is primarily composed of silver, is resting on a base made of yellow marble and is 65 cm tall The FA Cup is the world’s oldest national football tournament. Since its original conception, the trophy has undergone two significant renovations. After roughly 250 hours of work, the current FA Cup was put into operation in 2013. It is 61.5 centimeters tall and constructed of 925 sterling silver.

The present cup is an impressive reproduction of the original one from 1911. During its creation, the trophy underwent a difficult process that involved polishing, hand graving, hand chasing, and casting.

Valued at around $1.18 million, it remains one of the most recognizable trophies in football and has the prestige to boot. 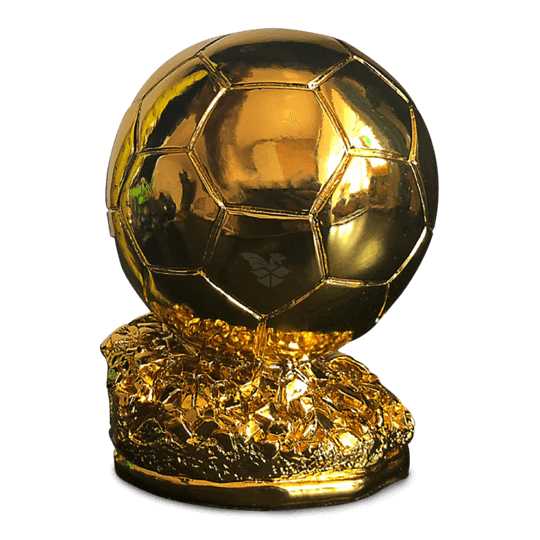 The Ballon d’Or is football’s greatest individual honor, and many of the game’s elite players work hard to get this award. Since 1956, the trophy has been given annually to distinguished football talents. It was first presented by the France Football magazine.

It is produced by Mellerio dits Meller, a well-known French jewelry company. Its creation involves engraving, polishing, writing, and jewelling. First, a blowtorch is used to fuse two brass hemispheres.

The Ballon d’Or has been priced at £600,000 (about $805,439) ever since Cristiano Ronaldo sold one of his for that sum at a charity auction, despite the fact that its exact value is unknown. 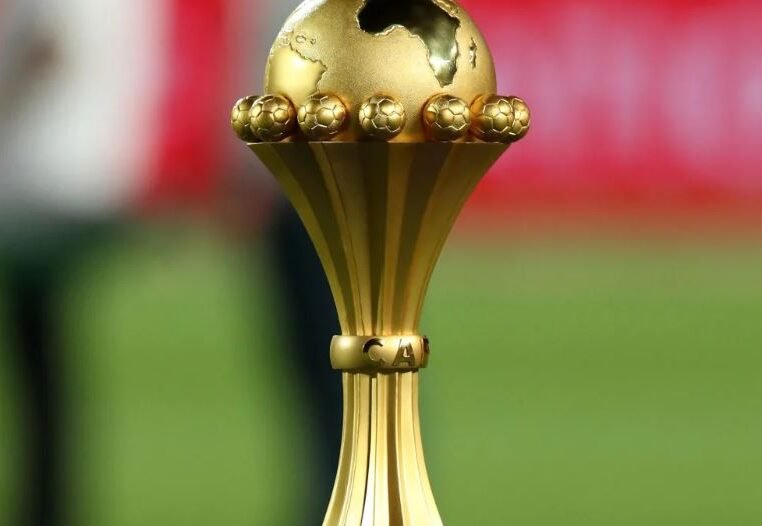 The Africa Cup of Nations (AFCON) trophy is one of the most valuable football trophies in the world. It is worth $150,000 and takes the number six spot on the list. The competition’s winners have received three trophies throughout history. It was initially called the Abdelaziz Abdallah Salem Trophy, named in honor of the first CAF president. It was made of silver. In 1978, Ghana won the right to keep the trophy indefinitely.

The second design called the “Trophy of African Unity” or “Africa Unity Cup” was unveiled and awarded from 1980 to 2000. After becoming three-time champions in 2000, Camerons earned the right to keep the trophy indefinitely.

In 2002, the trophy’s third and current design was unveiled. Egypt took home the trophy with them forever after winning the tournament three times. They did receive a copy, nevertheless, whose measurements matched those of the original trophy. 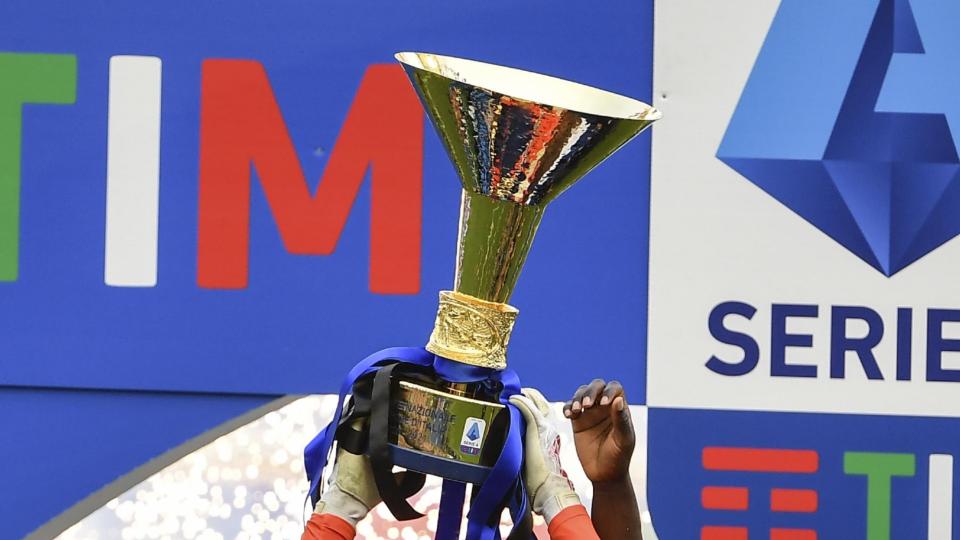 The Serie A trophy is awarded to the winner of the top league in Italian football. The cup is a tall, funnel-shaped trophy that is frequently referred to incorrectly as the “Scudetto.” Since the 1960–1961 season, every team that has won the league has had its name engraved on the present trophy. It is 58 centimeters tall, 8 kilos in weight, and recently had a makeover.

With a valuation of $66,000, the Serie A trophy is the 7th most expensive trophy in the world.

The Bundesliga Meisterschale is the award given to the winners of the top-flight German football league. The trophy was first awarded to FC Köln in 1964 at the end of the inaugural first division league competition. It replaced the Viktoria statue that got lost in the turmoil of World War II. The shield-like trophy has the names of all German league winners dating back to 1903 engraved on it.

The Bundesliga shield was designed and created in Kölner Werkschulen by the renowned art professor, Elisabeth Treskow. The shield-like trophy has the names of all German league winners dating back to 1903 engraved on it.

A silver ring was added to the trophy in 1981 so that more team names could be engraved on it. The Meisterschale currently has room for titleholder names till 2027. The trophy is covered by the insurance up to €50,000 (about $57,102). 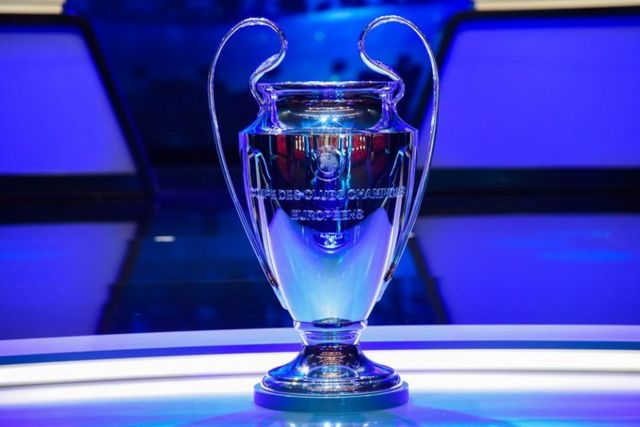 One of the most expensive awards in sports is the UEFA Champions League. It is an annual top-tier European club competition organized by the Union of European Football Association.

The UEFA Champions League trophy has had a name, designs, and version modifications over the years. The current version is the fifth of the updated design.

In 1968, Jürg Stadelmann created the UEFA Champions League trophy in its original form. The award is 73.5 centimeters tall, weighs 7.5 kilograms, and is in height. Because of the size of its handles, which resemble human ears, it bears the moniker “Old Big Ears.”

With a valuation of $10, 000, the English Premier League trophy is one of the most expensive football trophies in the world.

In English football, the Premier League trophy is the most sought trophy. The trophy is made of silver, gilded silver, and malachite, a semi-precious gemstone found in Africa Two of the trophy is always available. One is given to and kept by the victorious team, and the second is kept back in case another team wins the competition (tied on points, goal difference, and head-to-head matches).

The competition is contested by 20 clubs and operates on a system of promotion and relegation with the English Football League (EFL).