Top 10 Cheapest Countries in the World to Live in: The popular opinion of many people is that they need a fortune before they can live abroad. On the contrary, there are many affordable countries where you can live and work abroad at a relatively cheaper rate. Here’s the trick: don’t pick expensive countries like Italy or Australia; your hard-earned money might not get you that far. However, if you like some of these cheapest countries, you might be surprised how well you can live on a moderate salary. In this article, we’ll tell you the top 10 cheapest countries in the world to live in.  In these countries, you can survive with your little salaries;

The high cost of living in those nations is ideally one of the main issues for the millions of people who desire to vacation overseas every day. Ironically, there is always a relatively modest wage to go along with the high expense of living in these nations. It would be best if you made plans to go to places where you can live comfortably on your pay in order to handle the problem. This is not to imply that there aren’t well-paying jobs in some of the nations with the lowest cost of living, though. In fact, there are a ton of good-paying professions available as well, allowing you to live cheaply while still stretching your money even further.

Recommended: Top 10 Most Expensive Cities in the World

Cost of living is the money needed to sustain a certain comfort level in a location. It includes necessities like food, housing, taxes, and medical care. The cost of living can be extremely high in some nations, especially in the areas around major cities. For instance, the cost of living in American cities like New York and San Francisco is exceptionally high, but it may be noticeably cheaper in rural locations like Mississippi, Kansas, or Oklahoma. Furthermore, regardless of where in the United States (or the world) one resides, costs may be lower — or even greater — in another nation. Some countries have extremely cheap costs of living, which can make them desirable locations for expats, retirees, and other people looking to cut costs.

In the following sections, we’ll tell you the top 10 cheapest countries in the world to live in in 2022. The list is based on the monthly living costs in these countries. Also, it is compared to the cost of living in the United States. 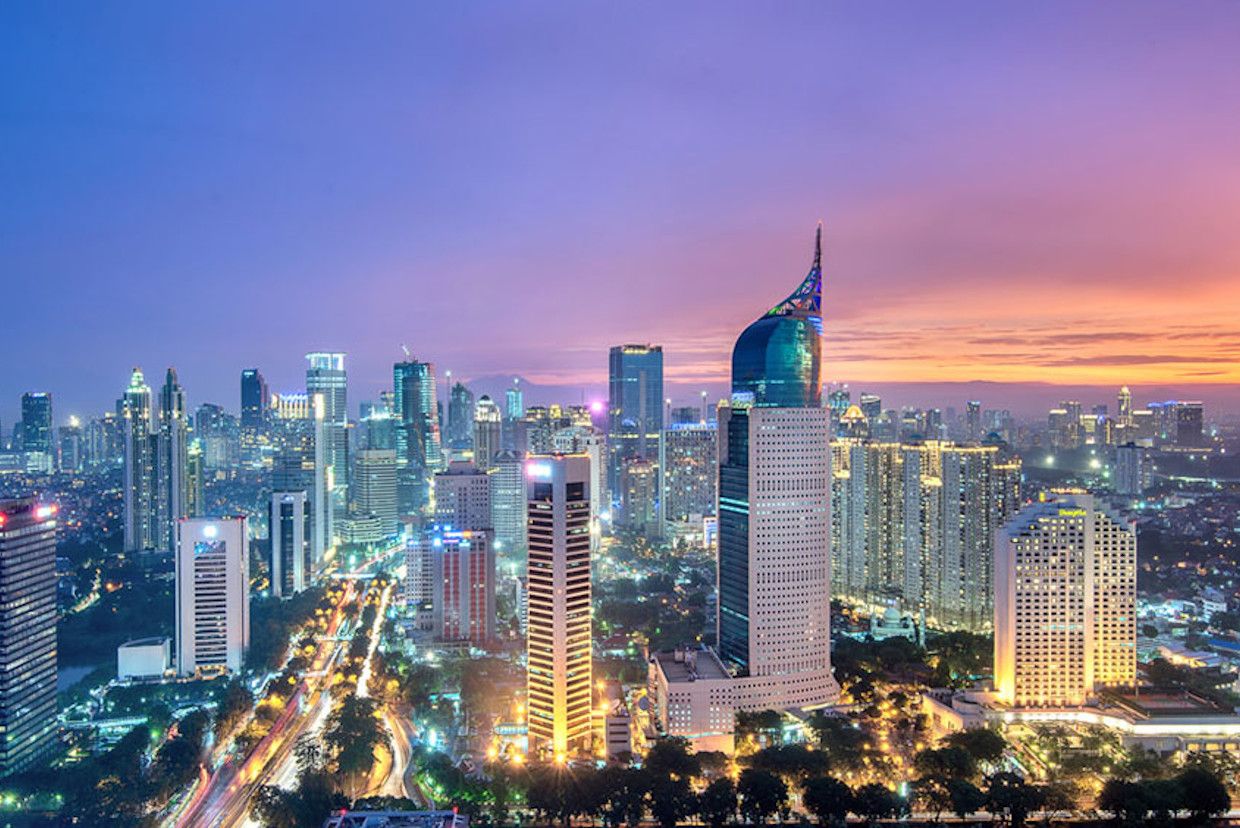 Eating out in Jakarta is cheap, with a three-course meal for two at a mid-range restaurant costing less than $20. In Indonesia, alcohol is typically expensive. Wine is imported, so if you like it, benefit from duty-free shopping when you get there. A decent bottle of wine will cost you around $25.

Public transport is cheap (and crowded) with journeys costing only about $0.25 and monthly passes around $12. Taxis are likewise reasonably cheap. So, living in Indonesia can be a great choice if you are looking for the cheapest country to live and work in.

Read Also: Top 10 Most Expensive Makeup Brands in the World 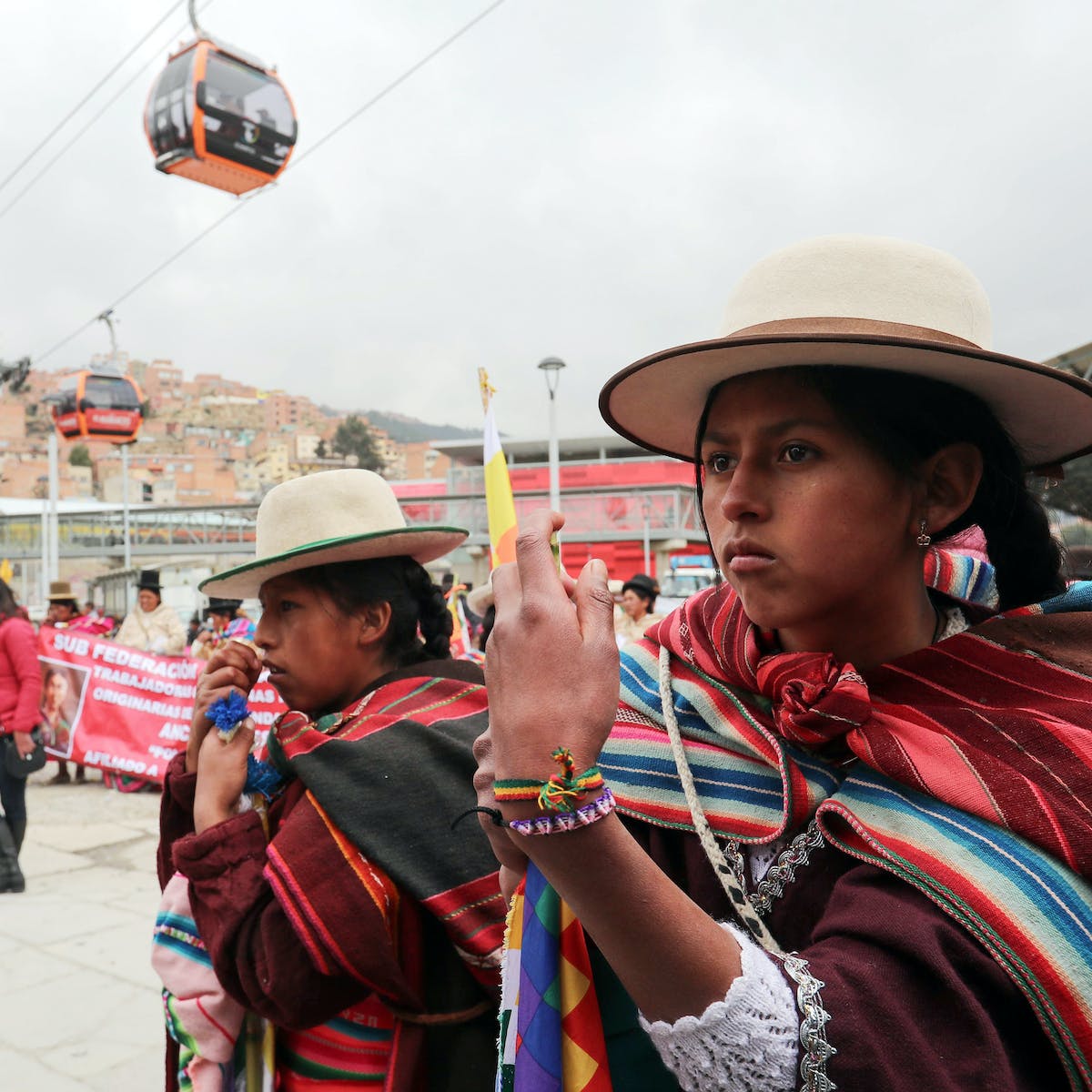 Bolivia is appealing to visitors on many levels because of its friendly residents, the mountains’ ideal temperate temperature, and the wide range of indigenous people who call Bolivia home. Residents have the option of residing either on the edge of the low-altitude jungle or in the high altiplano of the Andes Mountains. The region in between these two extremes is dotted with historic old colonial cities.

The fact that Bolivia also has a low cost of living is the cherry on top for these foreign inhabitants. The cost of a quality bottle of regionally produced table wine is less than $3, and one-way airline tickets between cities may be purchased for as low as $27. Taxi fares begin at 75 cents. A typical meal will cost you all of $2.

Living in Bolivia is undoubtedly far less expensive than in developed nations. For just over $500 a month, you can enjoy yourself without compromising your health or even your amusement. For Bolivians from the poor to middle classes, the cost of living is around $500 per month. It costs $1,500 a month for Bolivians in the medium to top classes. It costs $3,000–$5,000 a month for wealthy Bolivians. If you spend $1,500 a month in Bolivia, you’ll feel as though you’re in a first-class nation and live like an upper-middle-class Bolivian. 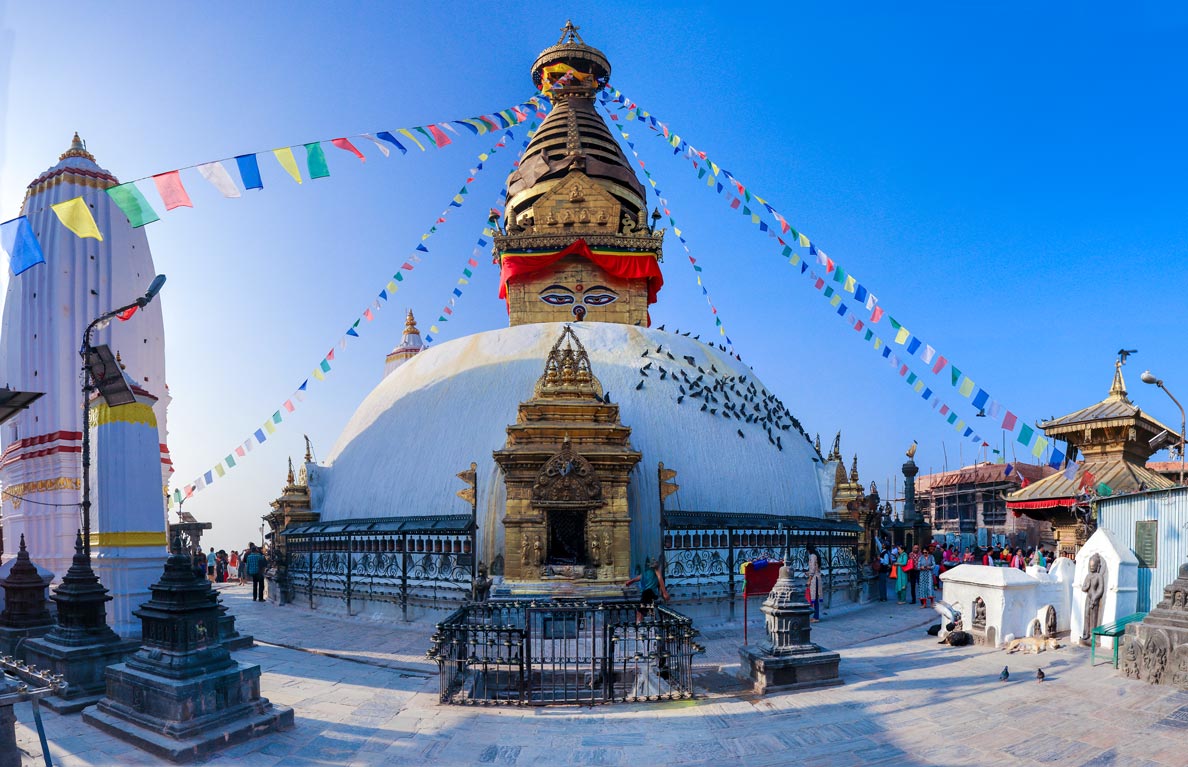 Nepal is one of the cheapest countries in the world in terms of monthly living expenses.

The standard of living is quite low in Nepal, and the style of life is rather simple. Lower your expectations when it comes to nightlife, shopping, and other aspects of life in Nepal. One beer will cost you around $1, coffee is approximately $0.73, and a meal out can cost around $2.08.

The cost of a meal in Nepal depends on where you want to eat and if you want to be thrifty, but generally speaking. A meal in an inexpensive restaurant in Nepal costs around $2 which is rather cheap. But if you go to a tourist restaurant, expect the prices to go from around $5 and up. Food can be home-grown or imported through India, which makes it much more expensive. Buying groceries and cooking at home saves much more money than going out and eating in restaurants regularly. Most basic groceries cost less than a dollar.

Public transport is very badly organized, though very cheap. A one-way ticket to anywhere costs only $0.18, while a monthly pass costs as little as $8. Renting an apartment in the center of one of the cities costs $140 a month which is noticeably cheaper than in most countries of the world. Living comfortably in Nepal will typically cost you as much as $500 per month per person. 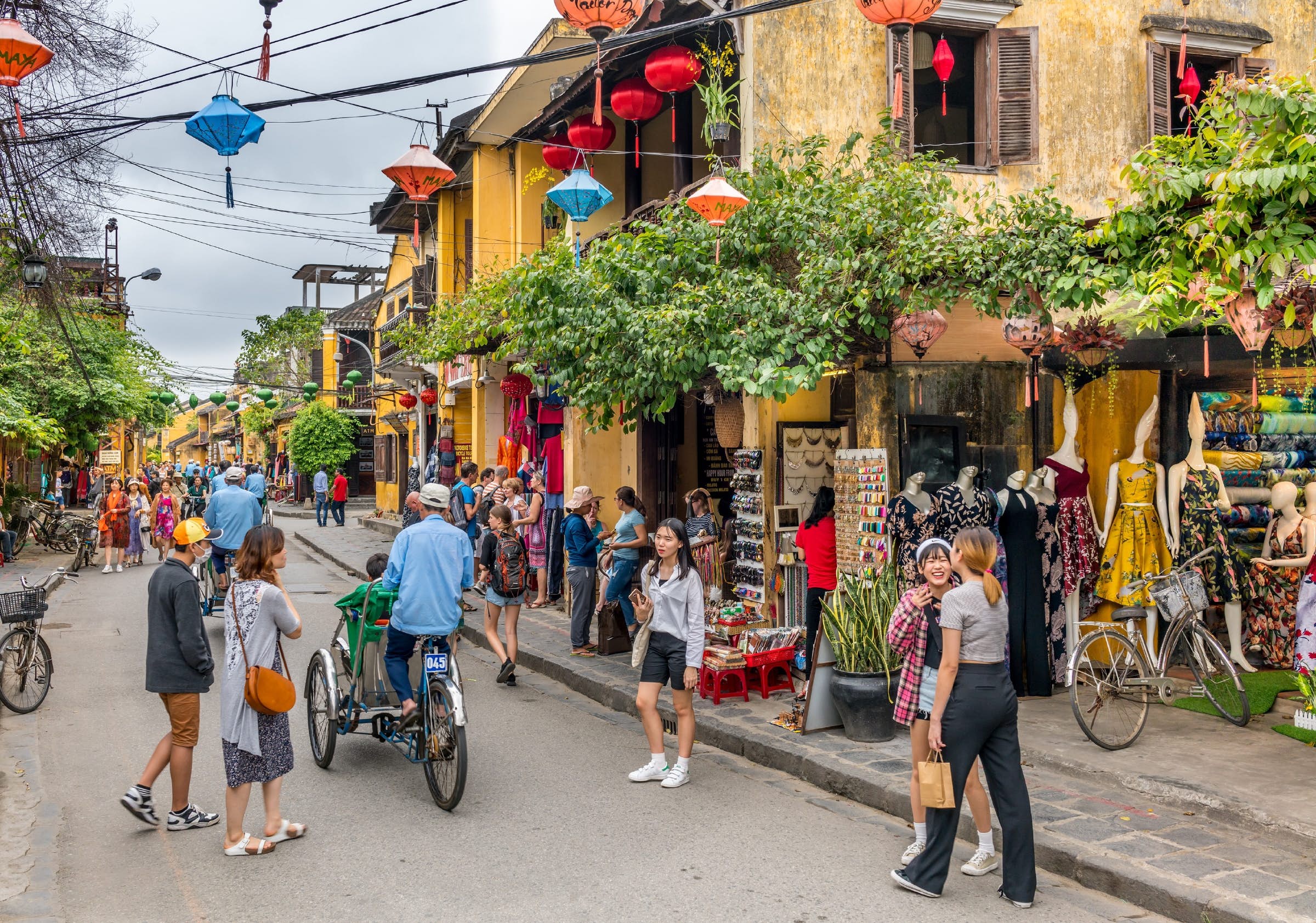 Vietnam is one of the nicest and cheapest countries for expats to live in. There is a lot to see and do in Vietnam, despite the fact that it is still somewhat of an undiscovered gem when it comes to affordable places to live and explore. Vietnam is a place for travelers seeking adventure as well as beautiful landscapes to explore and delectable native cuisine.

Vietnamese living expenses are relatively lower. You may live a pretty nice life in Vietnam for about $500 per month. The cost of living in Vietnam varies depending on whatever city or region you choose to reside in, as it does in most other nations.

Of course, living in cities like Ho Chi Minh and Hanoi is more expensive, but the pay is also higher. You can pay about $250 per month to rent a tiny flat. If you stick to local eateries or street cuisine, eating out will cost you between $1 and $3 per meal, and between $10 and $20 at restaurants with a Western feel. Local public transportation costs as little as $0.30, while taxi fares start at just $0.50 per kilometer.

Recommended: How to Become a Medical Doctor in Egypt

Argentina has several tempting benefits for expats, including a stunning variety of natural beauty, a laid-back, family-oriented way of life, the European influence in many of its charming cities, and a variety of visa possibilities. The majority of costs of living are between 50 and 60 percent less in Argentina than in the United States.

Compared to the United States, prices for things like daycare, alcoholic beverages, and public transportation are absurdly low. More strategies to save money by living like a native will become apparent the longer you stay in Argentina. Even better news if you’re renting a place to stay: apartment prices in Argentina generally run approximately 75% less than they do back home.

Argentina is a culinary paradise. Here, you’ll undoubtedly eat the greatest steak of your life, and because there are so many Italian immigrants, pizzas, portions of pasta, and calzones are readily available. Lunch can be very inexpensive: a tiny baked empanada (meat pie) costs less than $1, a cappuccino costs less than $2, and a big restaurant pizza is about $10.

Visit the neighborhood fish, meat, and produce markets early on the weekends to locate the best bargains on food. Few things in Argentina are as gratifying as packing two shopping bags with as much fresh produce as you can handle for about $20.

Peru is one of the less expensive countries in the world with an average living cost of around $543 a month.

It might be the ideal nation for you if you’re looking for a once-in-a-lifetime trip on a tight budget—plus, it’s one of the least expensive places to live and work! Your dollar will go a lot further here than it would in other South American nations because it is one of the world’s least expensive countries.

If you decide to stay in an Airbnb, a one-bedroom apartment in the middle of the city will cost you around $198 per month or $24 per night. These prices are based on the city of Arequipa.

Taking the number 7th spot on this list is Mexico with average monthly living expenses of $587.

In one of Mexico’s least expensive cities, Queretaro, a month in a one-bedroom studio apartment can run you just $256 or $24 per night in an Airbnb.

Malaysia is one of the cheapest countries in the world to live in in 2022. With about $588 per month, you can live a very comfortable life in this country. A one-bedroom apartment in one of the less expensive towns, like Kota Kinabalu, will cost you about $209 per month, or $35 per night if you want to stay in an Airbnb.
A standard dinner out costs $1.69 in Malaysia, while a drink costs about $1.57, a coffee $0.60, and a coffee $0.60.

Living expenses in Costa Rica are very cheap compared to Western countries. A meal in a local restaurant will cost around $3-6, rent runs from $300-800 per month depending on the size of the apartment and location, and local transportation starts from $0.70 per trip.

Cambodia completes our list of the top 10 cheapest countries in the world to live in in 2022. The living cost in this country is about $812 per month.

In Phnom Penh, as in any capital city, you can live in luxury or on a shoestring budget. Rent in the capital city is still affordable; a one-bedroom apartment in the center of the city, among the greatest dining and drinking options, can be rented for less than $500 per month.

Few accommodations would cost more than $1,500 per month; even the greatest flats are reasonable by international standards. One person could spend between $800 and $1,000 per month on food, luxury, and cooking at home or in cheap local eateries.

Less than $5 can be spent on meals at neighborhood eateries, while a bottle of local Angkor beer costs about $1 in a bar. The cost of living will vary from 10% to 25% cheaper in various places than in Phnom Penh.