Top 10 Most Valuable Retail Stores in the World 2022: Retail businesses focus on selling products or services to customers. These retailers provide a variety of goods such as clothing, jewelry, home goods, small appliances, electronics, food, and pharmaceuticals. Retail businesses have often offered their goods and services through physical locations, such as supermarkets, convenience shops, warehouses, department stores, and other venues. However, a growing number of shops are selling products online via websites, online marketplaces, and mobile applications. In this post, we’ll tell you the top 10 most valuable retail stores in the world in 2022.

The ranking is based on the most recent data obtained from Brand Directory and Statista. Accordingly, Amazon is the top-ranked top online retailer in the world with a brand worth more than $350 billion dollars. Alibaba’s Taobao, an online retailer came in fourth.

Recommended: Top 10 Most Valuable Companies in the UK 2022

Amazon sells consumer electronics, computer services, and digital content. Follow us as we delve into the list of the top 10 most valuable retail shop brands in the world in 2022. 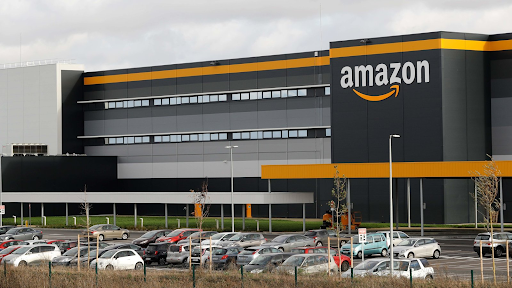 Amazon is the most valuable retail store brand in the world with a market value of $350 billion. The American-based retailers offer a variety of goods and services across the world, mostly through their websites. This includes goods and materials that it obtains from merchants for resale as well as those provided by third-party sellers. Electronics including Amazon Kindle e-readers, Fire tablets, Fire TVs, and Echo & Alexa are manufactured and sold by the corporation.

In major areas like Brazil, the United States, and the United Kingdom, Amazon offers its customers great value. Value has always been a major influence on how consumers behave, but Amazon also offers a smooth shopping experience. Through its subsidiary, Whole Foods Market Inc., Amazon offers foods. 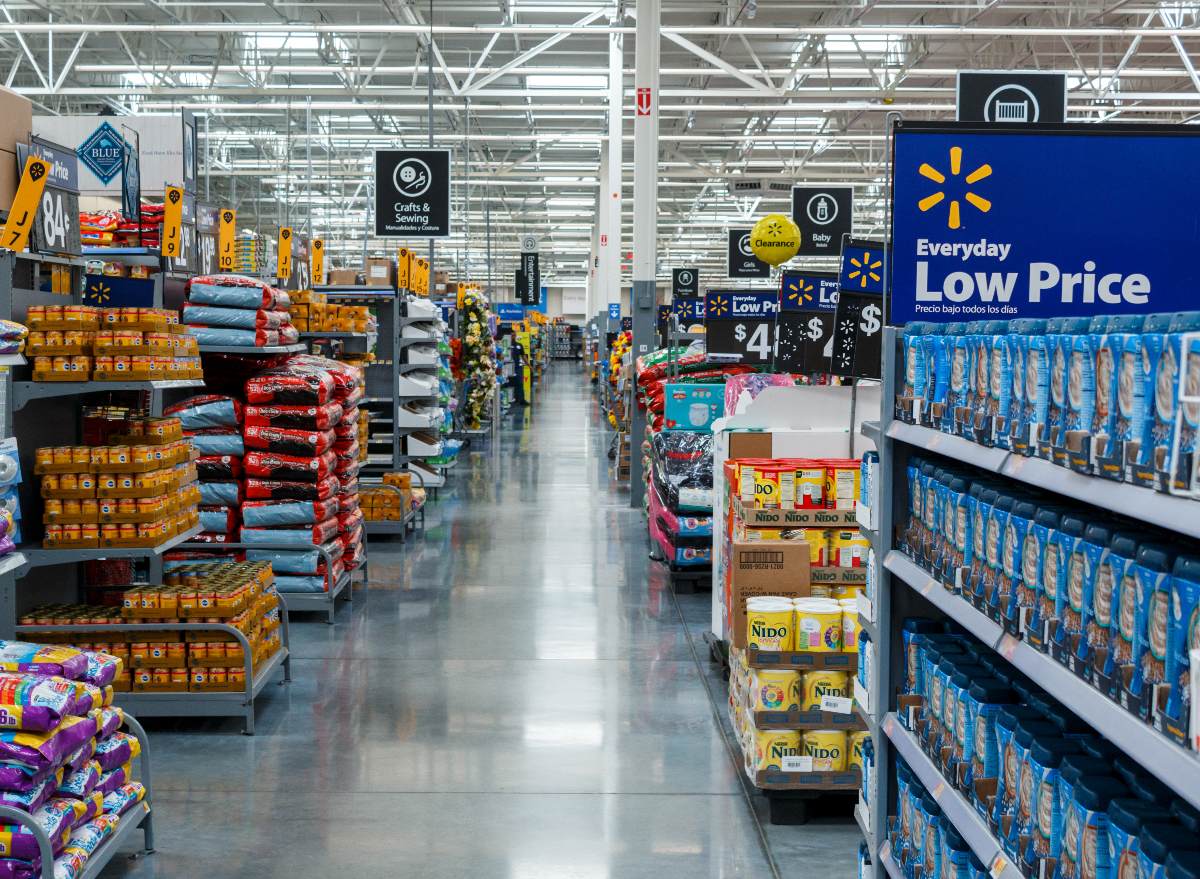 With a market valuation of about $111.9 billion, Walmart is one of the most valuable retail brands in the world.

With its headquarters in Bentonville, Arkansas, Walmart is an American global retail firm that runs a chain of hypermarkets (also known as supercenters), cheap department stores, and grocery shops.

Since its establishment in 1962, and on October 31, 1969,  Walmart has now operated 10,585 shops and clubs under 46 distinct names throughout 24 countries. It operates entirely on its own in South Africa, Canada, and Chile. Walmart has only owned a small portion of Walmart Brazil since August 2018, and the company changed its name to Grupo Big in August 2019. 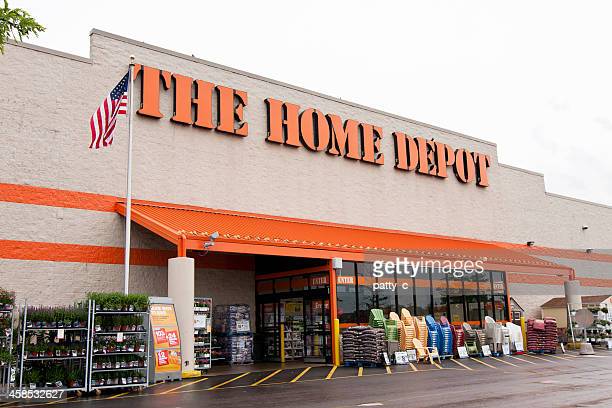 It is focused on selling supplies for home remodeling and construction and most of its market is in North America. The business offers a huge selection of building supplies, as well as items for the house, yard, and garden. In addition to installation services, the business also rents out tools and equipment.

The Home Depot is an international retail chain for home improvement items and services based in the United States. It is the largest retailer of home improvement products in the US. The corporation generated more than $151 billion in revenue and employed 490,600 people in 2021. With an Atlanta mailing address, the business has its main offices in Cobb County, Georgia. The Home Depot also owns the MRO business Interline Brands, which has 70 distribution sites nationwide.

It runs several big-box retail outlets throughout the United States (as well as in the District of Columbia, Guam, Puerto Rico, and the U.S. Virgin Islands), all 10 of Canada’s provinces, all 32 states in Mexico, and Mexico City.

Read Also: Top 10 Countries in the World with the Best Education System 2022 Taobao is the 4th most ranked retail store in the world in terms of market valuation. The retail shop brand has a market cap of $53.7 billion. Taobao is a Chinese internet marketplace. It is the eighth-most visited website globally in 2021, according to Alexa ranking. Its stores mostly serve customers from China (Mainland China, Hong Kong, Macau, and Taiwan) and other Chinese-speaking countries.

Small companies and entrepreneurs can use Taobao Marketplace as a platform to launch online storefronts. Either a set price or an auction are options for sellers when listing their products for sale. On the website, buyers may examine vendor profiles using ratings, comments, and complaints. The site uses Alipay, a well-liked payment system from Alibaba. 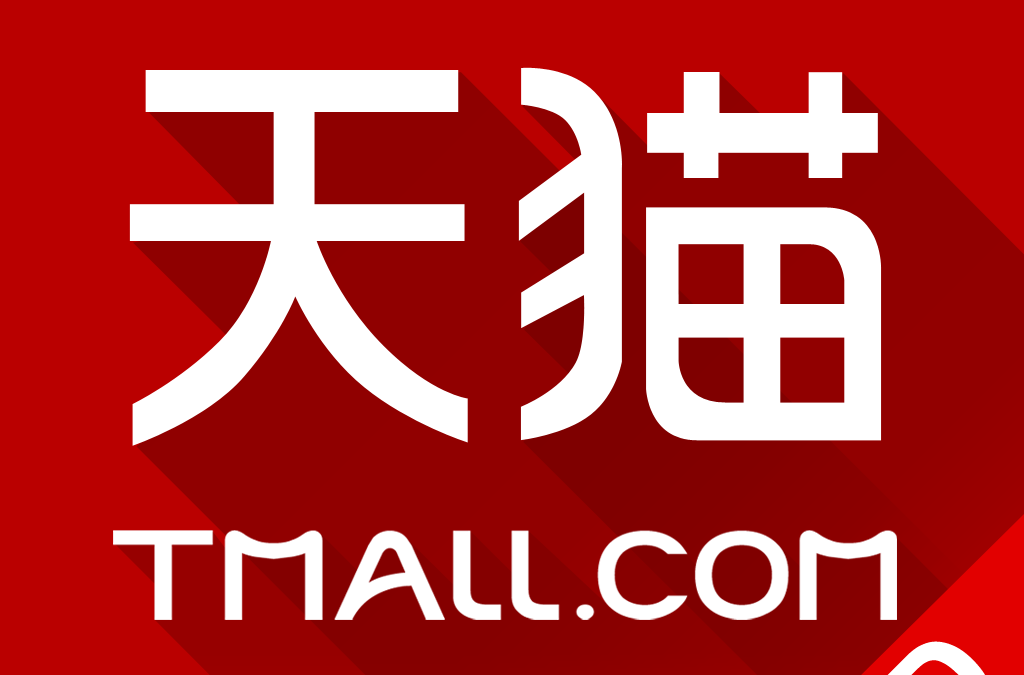 With a market valuation of $49.12 billion, Tmall is one of the most valuable retail stores in the world.

Tmall.com is a Chinese-language website for business-to-consumer online retail that was established independently from Taobao and is run in China by Alibaba Group. It serves as a marketplace for domestic and foreign companies to offer well-known brands to customers in Greater China.

As of February 2018, there were more than 500 million active users every month. It has recently made its features available to companies, not just for online purchases but also for raising brand awareness. It is the third-most visited website globally in 2021, according to Alexa Rank. 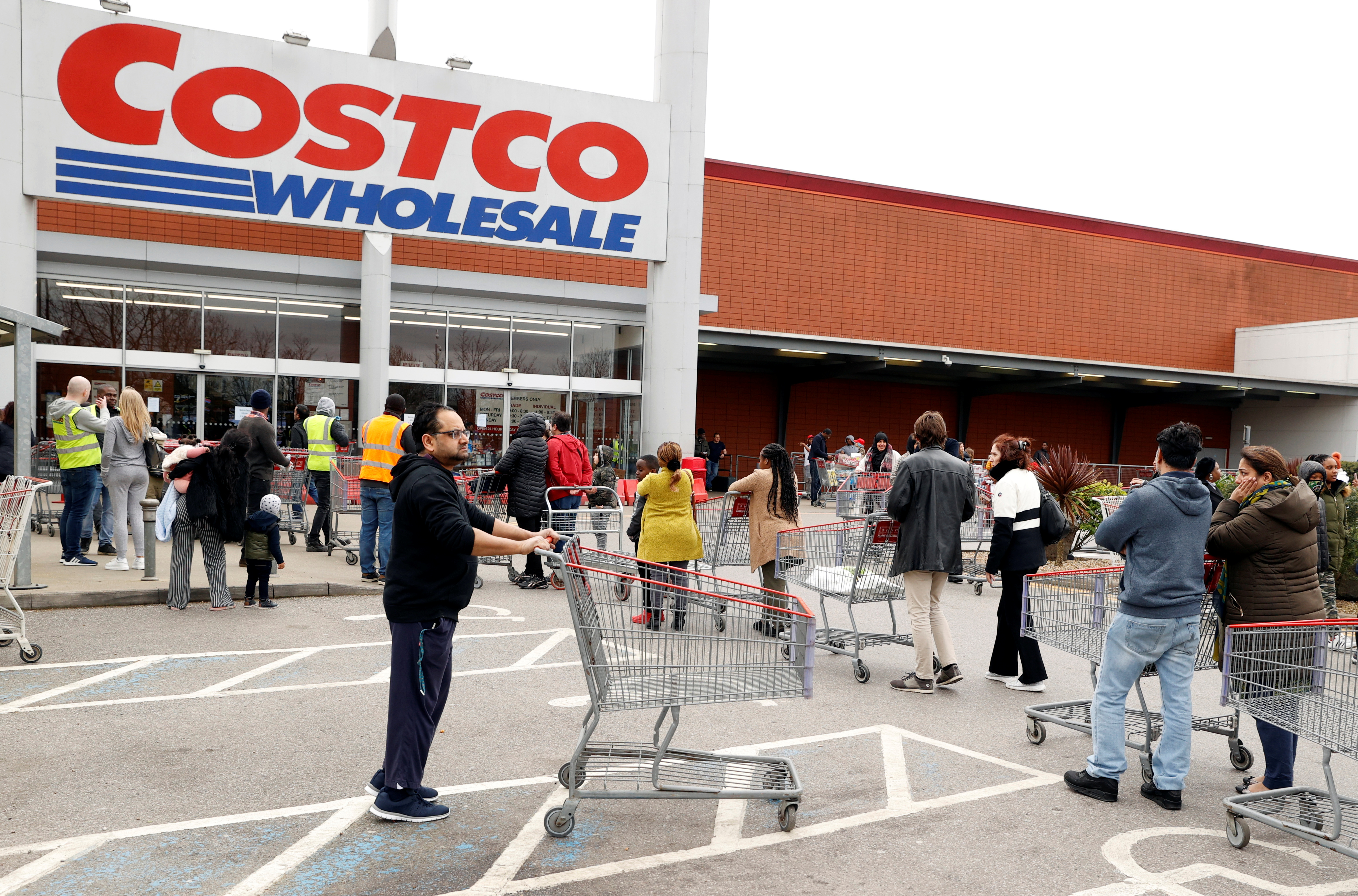 Costco Wholesale is an American multinational firm called that runs a network of membership-only big-box retailers (warehouse clubs). It was the world’s third-largest retailer by 2020 and the biggest seller of prime steak, organic products, rotisserie chicken, and wine worldwide in 2016.

With a market valuation of $37.5 billion, Costco Wholesale is one of the most valuable retail stores in the world in 2022. 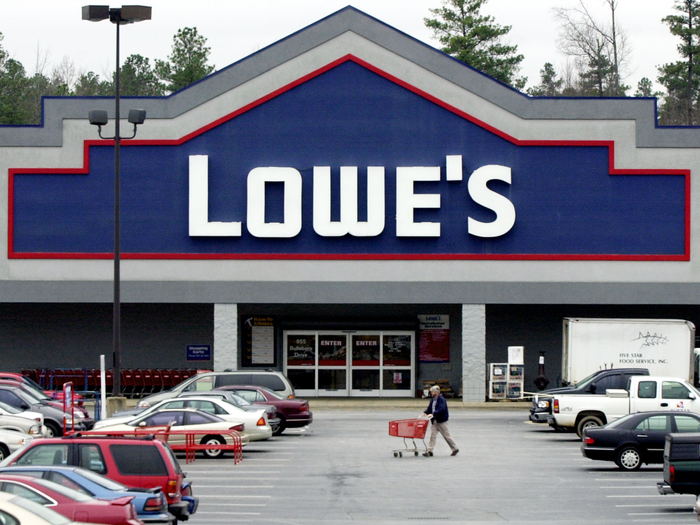 Lowe’s Companies, Inc is an American retail business that specializes in home renovation. The corporation, which has its headquarters in Mooresville, North Carolina, runs a chain of retail outlets across North America. In North America, 2,197 home improvement and hardware stores are operated by Lowe’s and its affiliated companies as of February 2021.

Lowe’s offers well-made clothing at affordable prices. The company has grown from humble beginnings in 1898 to over 200 stores nation-wide whilst still being 100% Australian and family owned. Today, Lowes offers much more than just menswear.

Target was established as the discount division of Dayton’s department store of Minneapolis in 1962. The company has found success as a cheap-chic player in the industry. It is the eighth largest retailer in the United States, and a component of the S&P 500 Index.

It suffered from the failure of its short-lived Target Canada subsidiary in the early 2010s. The company has since experienced revitalized success in urban markets within the United States.

As of 2019, Target operates 1,931 stores throughout the United States. They are ranked number 37 on the 2020 Fortune 500 list of the largest U.S. corporations by total revenue. Their retail formats include the discount store Target, the hypermarket SuperTarget, and “small-format” stores.

As of August 2022, Target has a market valuation of $28.34 billion. This earns it the number 8 position on our list of the top 10 most valuation retail shops in the world. With a market cap of $27.15billion, JD.com is the 9th most valuable retail shop in the world.

It started as an online magneto-optical store, but soon diversified into electronics and mobile phone retailer. The company changed its domain name to 360buy.com in June 2007 and then to JD.com in 2013

JD.com is one of the two massive B2C online retailers in China by transaction volume and revenue. It is a member of the Fortune Global 500 and a major competitor to Alibaba-run Tmall. The company has invested in high tech and AI delivery through drones, autonomous technology and robots. 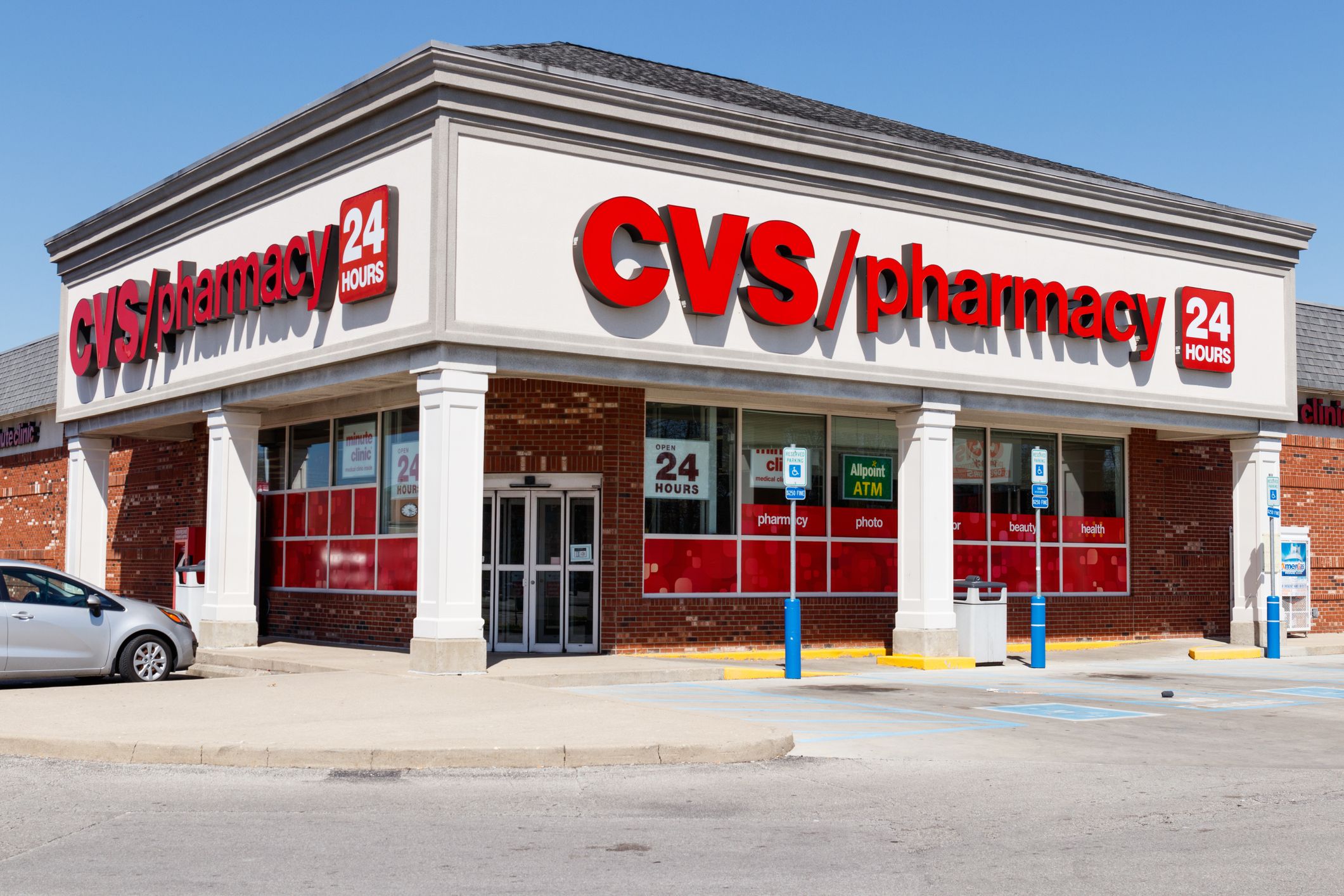 CVS is an American healthcare company that owns CVS Pharmacy, a retail pharmacy chain; CVS Caremark, a pharmacy benefits manager; and Aetna, a health insurance provider, among many other brands. The company’s headquarters is in Woonsocket, Rhode Island.

It ranked as the fifth largest U.S. Corporation by FY2020 revenues in the Fortune 500.

Along with a large selection of everyday goods, CVS also offers prescription medications. Additionally, through its more than 1,100 MinuteClinic medical clinics, it offers healthcare services. The majority of these clinics are either inside or close to CVS shops. Further, it sells over-the-counter drugs, cosmetics, film and picture finishing services, and convenience foods through its Longs Drugs and CVS Pharmacy stores nationwide as well as online at CVS.com.