Top 10 Attraction Sites in Egypt: From the time of the ancient Pharaohs, Egypt has continued to be a destination of choice for thousands of visitors. Egypt is full of dazzling temples and ancient tombs as well as a vast tract of adventures for all types of travelers. Read on as well tell you the top 10 attractive sites in Egypt you will love to visit if you are planning a trip to Egypt and are a fun lover.

There is so much to see in Egypt if you are visiting the country for the first time. Ever read about the Read Sea from the holy books? You’ll have the opportunity to see it firsthand if you are visiting Egypt. In reality, Egypt has attraction sites that accommodate people from all works of life.

From the beach at the Red Sea Coast for the beach lovers, a field day in Luxor for the archaeologists to the ancient buildings in Cairo, there is also an activity for you when you visit Egypt. The country offers visitors a chance to create itineraries that combine culture, adventure, and relaxation all on one trip.

Are you planning to visit Egypt? We suggest that you include sightseeing in your itinerary to create a memorable experience after your trip. In this post, we’ll tell you the top 10 attraction sites in Egypt you would love to visit if you are planning a trip to Egypt. 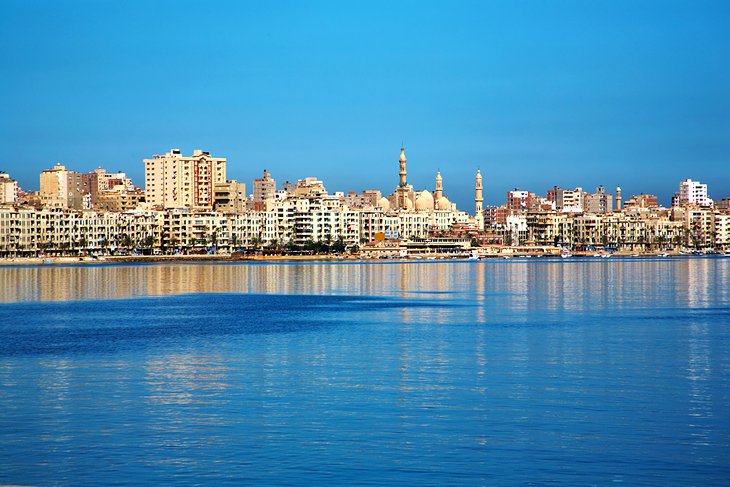 Top 10 Most Visited Countries in the World 2022

Wouldn’t you love to see the pyramid that took 100, 000 workers to construct for three months every year? In terms of dimensions, the Great Pyramid is 2.3 million cubic meters, has a base of 227.5 meters, and a vertical height is 137.2 meters.

If you are planning a first-time visit to Egypt, make the Great Pyramind one of your visitor’s list of tourist attractions to see in Egypt and you’ll be awed by what you’ll see.

Luxor’s Temple is a large Ancient Egyptian temple complex on the east bank of the Nile River in Luxor. It was constructed approximately 1400 BCE and was one of the two primary temples on the east bank. 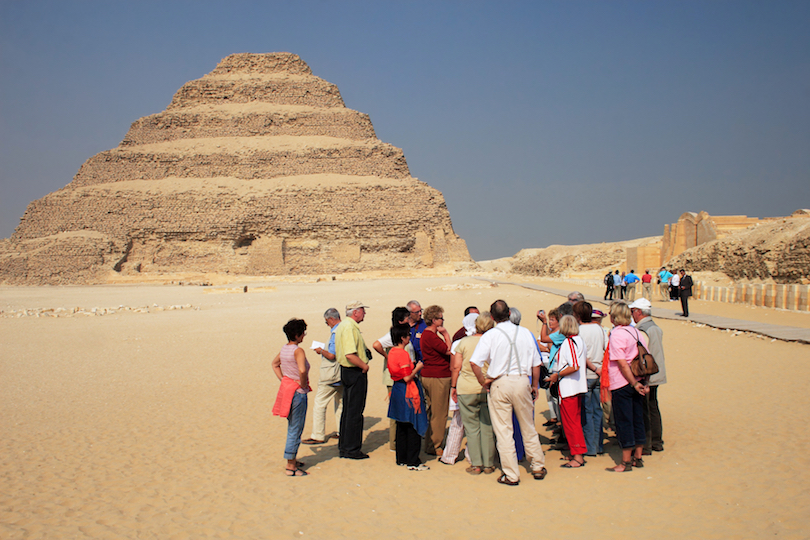 Luxor’s Temple was the power base of the New Kingdom pharaohs where many of the pharaohs of Egypt were crowned. Along with the other archeological sites in Thebes, the Luxor Temple was inscribed on the UNESCO World Heritage List in 1979.

The Temple was a legionary fortress and the home of the Roman government in the area during the Roman era. Luxor’s Temple is surrounded by colorful wall art of tombs. This Temple continues to fascinate historians, tourists, and archaeologists.

The Nile still controls modern Egypt. A cruise along this river is a journey into Egypt’s epic human history. It also gives you a taste of Egypt at its most lush and tranquil, and an up-close experience of the country’s rural riverine scenery.

Nile cruising can be done using one of the big Nile cruiser boats for a memorable experience. Some of the top deluxe boats dish up a luxury cruise experience, complete with onboard spa facilities, opulently styled cabins, and gourmet food.

Aswan is unarguably Egypt’s most tranquil town, situated at the winding curves of the Nile. The city is part of the UNESCO Creative Cities Network in the category of craft and folk art. If you are in Egypt and are looking for a place to unwind, a visit to Aswan will do the magic!

Jumping aboard a felucca at sunset is by far the most popular activity in Aswan and the most relaxing way to take in the local sights.

This historic site is part of the UNESCO World Heritage Site known as the “Nubian Monuments. The temple served as a lasting monument to king Ramesses II.

As part of the UNESCO Nubian Salvage Campaign, the complex was relocated in its entirety in 1968 to save it from being submerged by the rising water of the Aswan dam.

The temple is a sight to behold. It took 20 years to construct the temple and it is adorned with colossal statuary standing guard outside. In addition, the temple’s interior is sumptuously decorated with wall paintings.

The Red Sea is a popular destination for beach lovers and divers. The sea is surrounded by a stunning mountain range along the coast reflecting its color on the Sea.

Tourists from all over the world come to the Red Sea cities -the most famous is Hurghada- not only for beach vacations and diving activities but also for exploring deserts, valleys, and Bedouin nights.

If you like diving activities, diving in the Red Sea is the perfect place. There, you’ll discover more than 800 rare species of fish and exotic coral settlements.

Furthermore, the Red Sea is also a major wreck-diving destination with the most famous wreck being the Thistlegorm in 1941. Today the site is regarded by divers as one of the top five wreck dives in the world due to the vast cargo of cars, motorbikes, and WWII memorabilia.

Cairo is one place in Egypt where you can find tiny workshops belonging to the ancient coppersmiths and artisans, and stalls laden with ceramics, textiles, spices, and perfume. Islamic Cairo is one of the attraction sites in Egypt you should consider visiting.

There is a wealth of Islamic history you can explore in Egypt. The lanes and walls of Cairo are crammed full of mosques, madrassas (Islamic schools of learning), and monuments dating from the Fatimid through to the Mameluke eras.

This area holds one of the largest and densest concentrations of historic architecture in the Islamic world characterized by mosques, tombs, madrasas, mansions, caravanserais, and fortifications dating from throughout the Islamic era of Egypt.

On your trip to Egypt, pay a visit to one of the world’s oldest Islamic cities. You should consider spending days in Cairo,

South Sinai is one of the most beautiful spots in Egypt. This region offers a beach for every type of traveler. It provides you with warm sun, the most outstanding beaches in the world, and amazing nightlife.

Sports enthusiasts and adventurers are also accommodated in the city. The city has long stretches of the coast making it perfect to learn and indulge in kite surfing, water skiing, and parasailing.

Sharm el-Sheikh is a European-style resort town packed full of luxury hotels, international restaurants, and bags of entertainment options. A favorite with Europeans on winter-sun vacations, many of the resorts here cater to families on one- or two-week sun-and-sand breaks.

Apart from the pyramids in Giza, Egypt also has many more pyramids in other places. One of such is the Saqqara Pyramids located within some distance from Cairo.

There’s much more to see beyond the Step Pyramid, though, with some of the surrounding tombs, such as the Mastaba of Ti, showcasing some of the finest tomb paintings you’ll see in the country. Included Saqqara in your itinerary when you are planning a trip to Egypt.

Egyptian Museum is home to an extensive collection of ancient Egyptian antiquities with over 120,000 items.

The museum was built in 1901 and is one of the largest museums in the region. The Egyptian Museum of Antiquities contains many important pieces of ancient Egyptian history.