The safety and security of a country depend on its military forces. The military’s responsibility is to protect the territorial integrity of the country within the shores of the country on the land, air, and sea. To achieve this, different countries in Africa earmark a large sum of money in the annual budget for defense. This money is used in training military personnel, acquisition of tools and weapons, etc.  In this post, we’ll tell you the Strongest Military in Africa in 2022.

On the global scale, the United States, Russia, and China have the strongest military forces in the world in terms of their armory, the number of personnel, the strategies, and the Power Index (PwrIndx) scores.

Egypt has the strongest military forces in Africa in 2022 thanks to its conventional fighting capacity. Egypt has a score of 0.187, the highest in Africa. Trailing behind Egypt in the list are South Africa and Algeria in second and third positions, with scores of 0.428 and 0.4724, respectively.

Top 10 Most Powerful Military in the Africa in 2022 Egypt has the most powerful military force in Africa. At the time of writing this post, the country has 465 combat aircraft and 214 armed helicopters. The Egyptian air force has 240 F-16 Fighting Falcon fighters, the fourth largest in the world after the United States, Israel, and Turkey.

For the foreseeable future, the Egyptian military forces will remain the strongest in the continent thanks to its spending power, a large collection of combat units, and elite Special Forces. 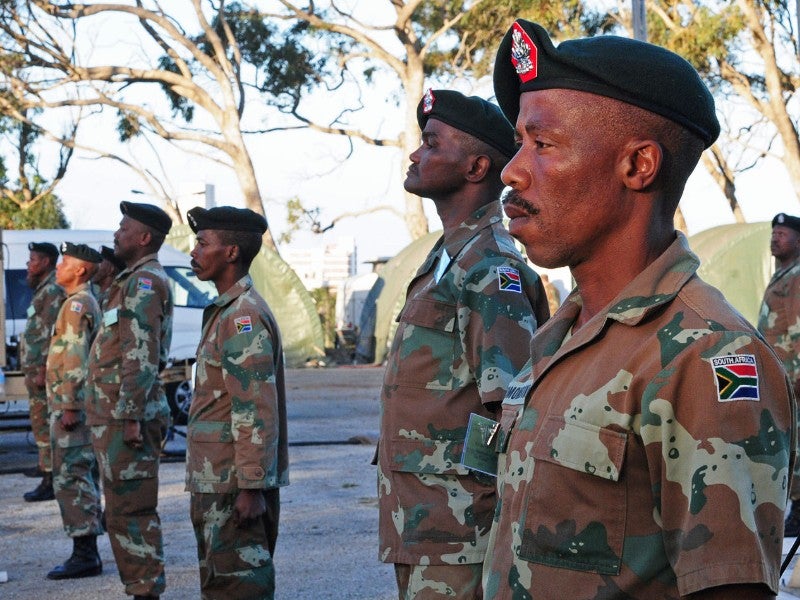 South Africa has the second most powerful military force in Africa with the PwrIndx Score of 0.428.

The nation boasts 225 aircraft, including 17 fighter aircraft, 7 special mission aircraft, 22 transport aircraft, 88 trainer aircraft, and 91 helicopters. It also has in its armory 195 combat tanks, 2,565 armored fighting vehicles, 43 self-propelled artillery, 82 towered artillery, and 50 rocket projectors. In addition, the country has a Navel strength of 47.  In 2022, South Africa budgeted around $2.9 billion for defense.

South Africa has the strongest military force in sub-Saharan Africa but is second to Egypt on the continent.

It is interesting to note that South Africa is reputed for its land power. In recent years, the nation’s naval and air power have been on the decline.

Algeria has the aircraft asset of 552, including 103 fighter aircraft, dedicated attack aircraft of 22, 11 transport aircraft, 87 trainers aircraft, 9 special-Mission aircraft, and 268 helicopters. For land armory, Algeria has a tank strength of 2,196 and 6, 461 armored vehicles as well as 545 self-propelled artillery. In addition, the nation also has a naval fleet of 201.

With the PwrIndx Score of 0.472, Algeria has the third strongest military force in Africa. 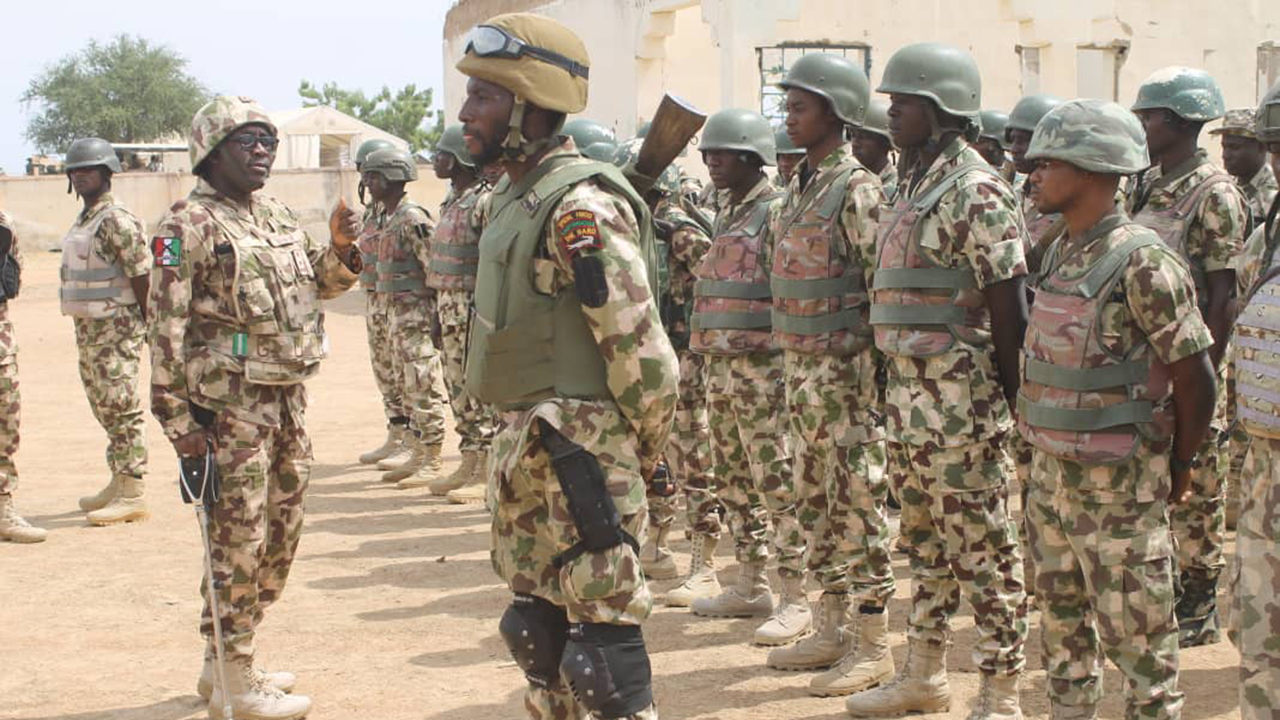 Nigeria has the fourth strongest military force in Africa with the PwrIndx Score of 0.575.  The nation has one of the largest uniformed combat services in Afria, with over 223, 000 active personnel and no reserve personnel.

Sadly, despite the country’s military might, the country is not able to overcome Boko Haram that is troubling the northern region of the country, as well as the huge security challenges that have escalated to other regions of the country

Occupying the fifth position on our list of the top 10 most powerful military force in Africa is Morocco. The country has an active military personnel of 200, 000 and a reserve personnel of 150, 000. The country’s global firepower score is 0.875

Ethiopia has one of the strongest military strength in Africa. The nation has a military firepower score of 1.080 and over 162, 000 active military personnel. Ethiopia’s military force is the strongest in East Africa.

Angola has a well disciplined military forces with over 120, 000 active personnel.

The nation’s power score is 1. 093, making it the seventh strongest military force in Africa.

Libya is ranked 8th in our list of the top 10 African countries with the strongest miliatry force.

The Sudanese military is one of the strongest in Africa, occupying the number 9 spot. Sudan have a well organized military force that comprises about 210, 000 active personnel.

The Tunisian military completes our list of the top 10 most powerful military in Africa. The country has a power index of 1.366 and an active personnel of 48, 000.

in 2022, Tunisia budgeted about $1.18 billion for defense, becoming one of the leading African countries for defense spending budget in 2022. 10 Causes of Late Periods Other Than Pregnancy