The safety and security of a country depend on its military forces. The military’s responsibility is to protect the territorial integrity of the country on the land, air, and sea. To achieve this, different countries of the world earmark a large sum of money in the annual budget for defense. This money is used in training military personnel, acquisition of tools and weapons, etc.  In this post, we’ll tell you the 10 Most Powerful Military in the World in 2022

Countries like the USA, Russia, China, and a host of other countries budget a huge sum for their military. For example, these countries respectively budgeted $782 billion, $154 billion, and $229.5 billion for defense in 2022. This mammoth sum is an indication of the government’s priority to the security of their territory. 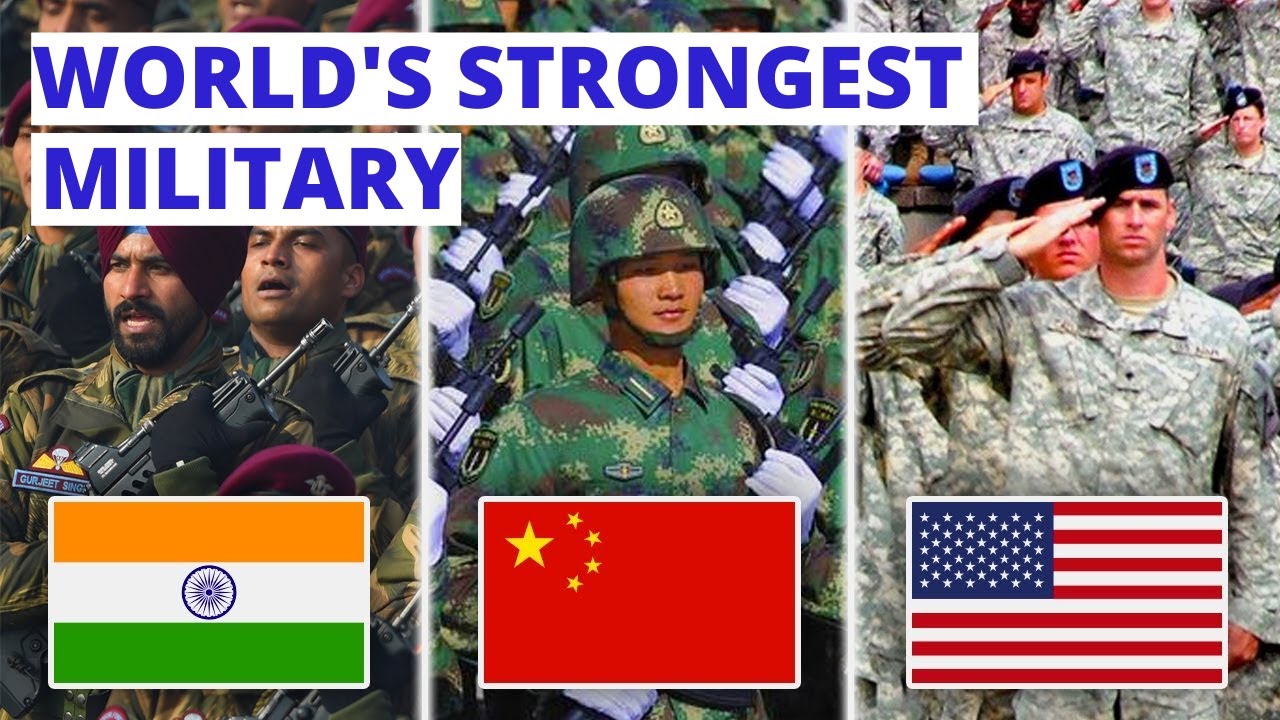 The United States has the most powerful military force in the world while China and Russia trail at the second and third positions, respectively. China has the largest military manpower, with over 2 million active personnel. In contrast, the USA has a significantly less number, with only 1.5 million active military personnel. In terms of the overall power of military forces, the USA tops the chart clearly, well ahead of China and Russia in second and third places, respectively.

Read Also Top 10 Most Technologically Advanced Countries in the world

Top 10 Most Powerful Military in the World

The United States has the most powerful military force in the world. At the time of writing this post, the country has 10 military aircraft carriers and highly advanced military technology such as the new rail gun.

The USA spends so much money on its military than any other country in the top 10 list. The United States spends roughly $782 billion on defense, higher than the combined spending of the other nine countries. Defense alone takes 15% of the country’s annual budget.

In addition, the United States possesses a sizable and well-trained human force, the most aircraft in the world, cutting-edge technology such as the Navy’s new rail gun, and, of course, the world’s most extensive nuclear arsenal.

For the foreseeable future, the US will continue to have the most dominant military force in the world thanks to its spending power, a large collection of combat units, and elite Special Forces, according to Richard Douglas writing on security issues.

Russia possesses 12, 950 tanks, about 1 million active military personnel, 27,038 armored vehicles, 6, 083 units of self-propelled artillery, and 3,860 rocket projectors on land to emerge as the country with the second most powerful military force in the world.

Russia’s air force alone consists of 873 fighter planes and 531 assault helicopters in the skies above. On the sea, Russia has 62 submarines and 48 mine warfare ships. In 2022, Russia budgeted $154 billion for defense.

Russia’s tank fleet is second to none in the world. The aircraft fleet is only second to the US and the submarine fleet is the third-largest in the world. Russia remains the military power of the former Soviet Union.

China has the third-largest military force in the world. The available manpower consists of over 50% of the total population with over 2 million active personnel.

China’s military has greatly risen both in strength and capabilities. In terms of the total manpower, China has the largest military and possesses the second-largest tank (second only to Russia) and submarine (second only to the USA) fleets in the world.

India has an estimated 1,444,000 active military personnel. With armored tanks of 4,292 and towed artillery of  4, 060, India has the fourth-strongest military might in the world.

India’s military budget for 2022 is $70.06 billion, making it one of the highest military spenders in the world. The country has access to nuclear weapons, further adding to its military might.

India further boosts one of the largest manpower in the world. Altogether, India has 1.455 million troops on the ground, 4,740 battle tanks, one aircraft carrier, 35 battleships, 14 nuclear submarines, 841 aircraft, and 150 nuclear weapons.

Japan ranks fifth globally in overall military power after the United States, Russia, China, and India. In 2022, Japan’s defense budget was $47 billion. In fact, the country works so hard to contain threats posed by China, North Korea, and Russia.

Japan has rapidly stepped up its military role in its alliance with Washington and has made more purchases of costly American weapons and equipment, including fighter jets and missile interceptors.

There are 247, 000 active military personnel in the Japanese Armed Forces. It has 580 tanks on the ground, 2 aircraft carriers, 47 warships, and 22 submarines as well as 606 warplanes in the air. Although the Japanese military is relatively small, the country is extremely well equipped.

In addition, France has the largest armed forces in size in the European Union. According to Credit Suisse, the French Armed Forces are ranked as the world’s seventh most powerful military. In 2022, France budgeted $47.9 billion for defense.

Despite the reduction in the size of its military personnel, Britain still finds itself in the top 10 most powerful military in the world, occupying the eighth position on the list.

Britain has one of the most powerful ammunition in the world. It has the HMS Queen Elizabeth aircraft carrier which can transport 40 F-35B joint strike fighters across the world.

The UK military has four branches: the British Army, the Royal Navy, the Royal Air Force, and the Royal Marines. There are over 149 thousand active military personnel in the UK armed forces.

The Turkish military is the strongest in the eastern Mediterranean. It is also the second-largest standing military force in NATO, after the U.S. Armed Forces, and the ninth in the world, with an estimated strength of 775,000 military and paramilitary personnel in 2022.

In addition, Turkey has an impressively large tank fleet as well as numerous aircraft and attack helicopters.

The Italian military completes our list of the top 10 most powerful military in the world. The country has two active aircraft carriers, and a large submarine and helicopter fleet.