Top 10 Countries in the World with the Best Education System 2022: Which country in the world has the best education system in 2022? Which country should you consider studying in as an international scholar? If these are your questions, stay on this post as we provide answers for them and much more.

The quality of education obtainable in different countries depend hugely on the educational system of the country. Undoubtedly, education is an indispensable ingredient for the development of individuals and the society at large. Most countries in the world have recognized this truth and have made huge investments in this sector, allocating a huge sum in their annual budget for a viable education system. 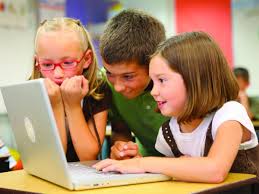 Read Also: Top 10 Most Educated Countries in the World in2022

Top 10 Countries in the World with Highest Salaries 2022

It will be an amazing experience to study in a country with the best educational system in the world. Such countries are marked by research, development of digital literacy, standard academic facilities, and ability to think critically and creatively. Studying in such countries is already a step further in the actualization of your dreams.

If you are an international student considering which country to enroll in, this post is for you. Here, we’ll tell you about the top 10 countries in the world with the best education system  in 2022. Ride with us as we also tell you the education index of these countries!

The US has the best education system globally. The American education system offers a rich field of choices for international students. There is such an array of schools, programs and locations that the choices may overwhelm students. The education index of America is 0.900 and it is the highest in the world.

The USA provides quality education for the teeming number of students that enroll each year. The country also has a flexible and versatile education system that may not require the physical presence of students. There is efficiency in their ICT and network technologies that facilitate online learning with little or no obstruction.

Every year, US plays host to millions of students from all over the world trooping into country to have a taste of quality education. Some of the most popular courses among international students include Computer Science, Engineering, Business Management, Law, and Arts.

In addition, US educational system places greater emphasis on research and development. This makes it the most preferred destination for international students.  US is home to Harvard University, University of Oxford, Yale University, US Columbian University, Michigan State University, Johns Hopkings University, and MIT, etc.

Early childhood education is optional education and care that children between 0-6 of age receive in the Federal Territory of Germany. Enrolling for kindergarten in Germany is optional. The education index for Germany is 0.914.

However, primary and secondary education is compulsory for children in Germany from age 6, until they complete a 9-year full-time schooling at Gymnasium, or 10 years of full-time years for other general education schools.

The Education system in Germany is ranked third best in the world in [wpdts-years], bettered only by US and UK. However, Germany also top the chart in Europe alongside UK. Germany hosts thousands of international students from across the continents of the World. There are also several scholarship

Studying at some of the world’s oldest and most well-known universities in Germany promises an experience of a lifetime!

The UK is a destination of choice for international students thanks to the robust education system. The UK is home to some of the most famous universities in the world. The country is home to Oxford university and Cambridge, and other top institutions.

In addition, cost of studying in the UK is also regulated. There are a number of scholarship opportunities for study in the UK for international students.

Canada is widely regarded as the most educated country in the world. However, the country has the fourth best education system globally in 2022.

There are four stages of education across Canada: pre-school or early childhood education; primary or elementary education; secondary education and post-secondary or tertiary education, which includes college and university programs and vocational/technical schooling. Canada has education index of 0.890.

Education in Canada is a very high priority of the government.  The country boasts a state-run system of public education, one that is provided, funded and administered by federal, provincial and local governments. Education is compulsory up to the age of 16 in every province in Canada, except for Ontario and New Brunswick, where the compulsory age is 18.

Canada is a multicultural country that warmly receives and welcomes thousands of international students yearly.

Most French elementary and secondary schools, as well as a large number of universities, are public institutions that have highly centralized administrations. The education system offers an inflexible approach to education that gives absolute authority to the teacher.

Australia is one of the top countries for study abroad. The country not only offer high-quality education, it also boosts excellent career opportunities. Some of the popular Offering diverse courses in fields like Engineering, Administration, Architecture, Media, Business, Communication and Art, Australia is a popular destination to study abroad.

Education in Australia is compulsory between the ages of four, five, or six and fifteen, sixteen or seventeen, depending on the state or territory and the date of birth.

The country is also a destination country for most international students.

Compulsory education lasts for 9–11 years, with some children beginning compulsory education when they are four years old and others at six years, until about 15 years old. The education system in Sweden is highly flexible. Switzerland is a destination of choice for thousands of international students

For international students, various Japanese universities offer scholarships and financial support. The Ministry of Education, Culture, Sports, Science and Technology (MEXT) and the Japan Student Services Organization (JASSO) take care of financial needs of their students coming from different parts of the world.

Higher education in Sweden is among the best in the world. The Nordic country has an excellent system. Sweden has a student-based education system. Students are allowed to choose where they want to go to school, regardless of where they live. Freedom and responsibility are the key values that support the development of students.

Sweden is a technologically advanced society, and often uses computers and IT software for interactive learning. Over 70% of primary students have access to their own computer.

Netherlands completes our list of top 10 countries with the best education system in the world.

Because of its excellent quality and top-ranked world-class universities, the Dutch education system is one of the best education systems in the world. These institutions are known across the world for their well-designed, cutting-edge curriculum and facilities.

The quality of education obtainable in different countries depend hugely on the educational system of the country. Undoubtedly, education is an indispensable ingredient for the development of individuals and the society at large. Most countries in the world have recognized this truth and have made huge investments in this sector, allocating a huge sum in their annual budget for a viable education system. United States, UK, Germany, Canada, and France are the leading countries with the best education system in the world.