Amr Diab is an Egyptian singer, composer, and actor. He has established himself as a renown recording artist and author in most Mediterranean countries. Amr Diab net worth is estimated at $45 million. He has created his music style termed as “Mediterranean music”, that bridges Western and Egyptian rhythms. Amr Diab was the first Egyptian and Middle Eastern artist to start making high-tech music videos in 1999.

His 2014 album Shoft El Ayam peaked at No. 1 on the Billboard World Albums Charts, making him the first Egyptian and Middle Eastern performer to accomplish such a feat

What do you know about Amr Diab’s personal life, career, net worth and achievements? Stay on the post as we bring the information to you.

Amr Diab was born on 11 October 1961 in Port Said to a middle-class Egyptian Muslim family from the Egyptian country side of Menia Elamh, Egypt. Diab graduated with a bachelor’s degree in Music from the Cairo Academy of Arts in 1986.

According to weikipedia, Diab has an elder daughter from his first marriage to Egyptian actress Shereen Reda. In 1994, he was married to Saudi businesswoman Zeina Ashour. They have three children. In 2018, he went on to marry another Egyptian actress, Dina El Sherbiny, after his relationship with Ashour ended. It is unknown whether they were separated or divorced. However, Diab and El Sherbiny separated in late 2020

Diab began his music career when he released his first album entitled Ya Tareeq in 1983.  The following year, he released his second album, Ghanny Men Albak (1984), which was the first of a series of records he released with Delta Sound; including Hala Hala (1986), Khalseen (1987), and Mayyal (1988), with the title track becoming one of the top 10 songs in the world at the time.

Subsequently, he released some other albums which include

His journey into the global limelight began in 1996, when he  released his first album with Alam El Phan entitled Nour El Ain. This album won him the world music award for the first time and extended his recognition beyond the Arabic-speaking world. Diab recorded four more albums with Alam El Phan, including Amarain (1999). He also collaborated with Khaled (on the song “Alby”) and with Angela Dimitriou (on the song “Bahebak Aktar”).

In the summer of 2004, Diab, having left Alam El Phan, released his first album with Rotana Records, Leily Nehary, which he followed up with the hugely successful Kammel Kalamak (2005), and El Lilady (2007). 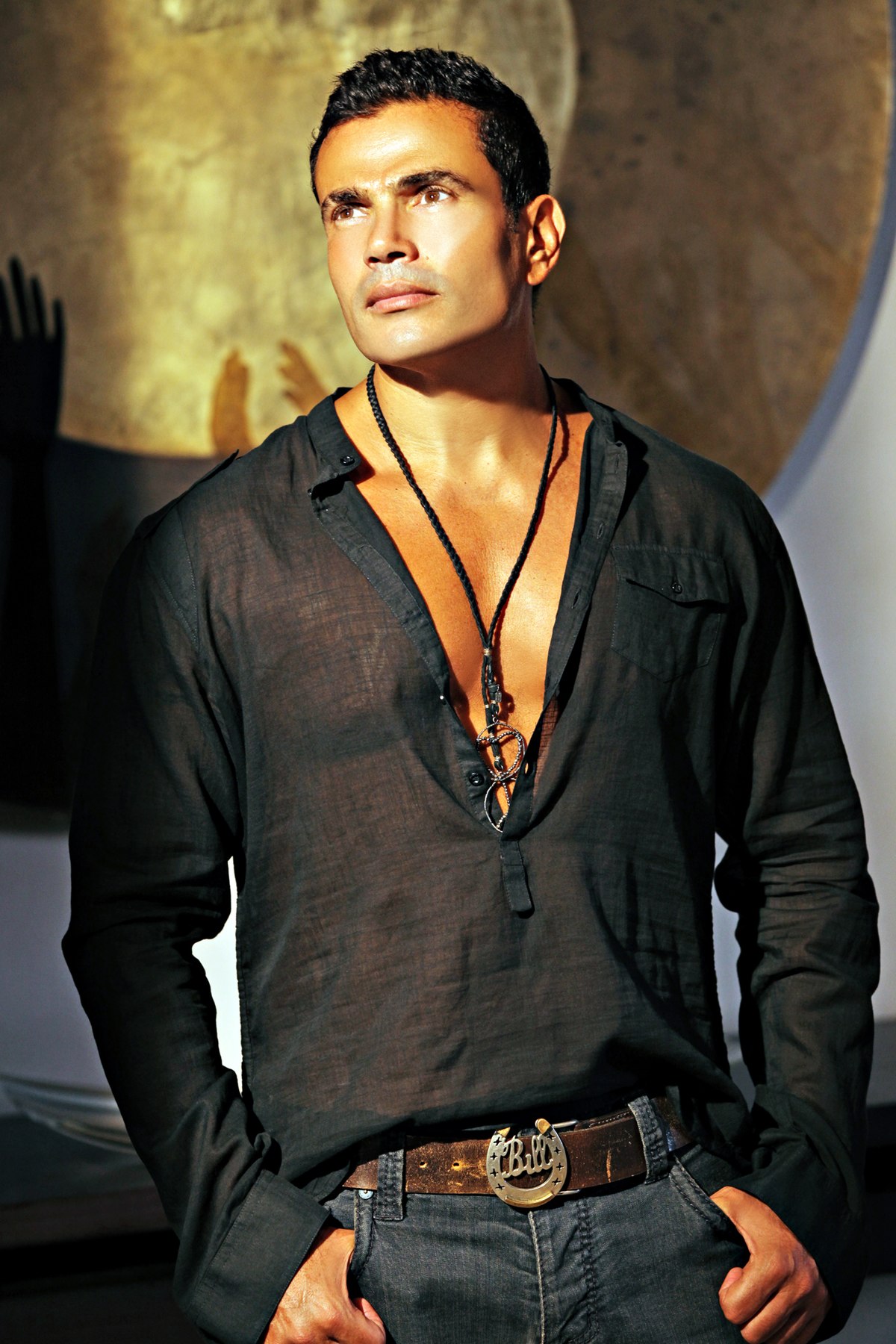 How many albums has Amr Diab released in his music career and How many songs has he composed?

Altogether, Amr Diab has released 35 albums and has composed over 97 of his songs

Who was the First Egyptian Singer to appear in Music Videos?

Diab is one of the first singers to popularize music videos in the whole MENA region and is the first Egyptian singer to appear in music videos.

Having made great success in the music industry, Diab explored his potentials in other forms of media. Amr played himself in his film,  El Afareet, which was released in 1989. It also starred Madiha Kamel. His second film Ice Cream in Gleam (Ays Krim fi Glym), in 1992, was chosen as one of the best five Egyptian musical films by the UCLA School of Theater, Film and Television

The film has featured in the UCLA Film and Television Archive’s new program “Music on the Nile: Fifty Years of Egyptian Musical Films” at James Bridges Theater at UCLA on 6, 8 and 10 April 1999. David Chute of the Los Angeles Weekly termed it “observant” and “a big leap.”

His third movie was released in 1993, and was named Deahk We La’ab (Laughter and Fun). The film premiered in the Egyptian Film Festival in 1993. Amr played alongside international Egyptian movie star Omar Sharif (Lawrence of Arabia, Doctor Zhivago) and Yousra. Overall, Diab did not experience the same level of success in film that he had with his music career. Since 1993, Diab has since returned his focus on his singing career.

Amr Diab’s songs have been used in several films, including:

So just how rich is Amr Diab? This outstanding singer annual earnings, inclusive of songs, stand-up comedy, and sponsorships, is estimated to have a current net worth of $45 Million and an annual estimated salary of Under Review. The Egyptian singer’s earnings remain impressive compared to other famous singers.

Amr Diab is an Egyptian singer, composer, and actor. He has established himself as a renown recording artist and author in most Mediterranean countries. He  has created his music style termed as “Mediterranean music.” He is the most popular celebrity in Egypt and Arab.