Fish is one of the beneficial protein diets. It contains proteins and omega 3 fatty acids, vitamins D and B2. These important nutrients are required by the healthy body for maintenance. Fish is also a rich source of calcium, phosphorus, zinc, iodine, magnesium, potassium and pop.  Fish contains proteins and fats  considered as the best supplements for improving cardiovascular health and even prevent mental decline. Now, you know eating fish is important! 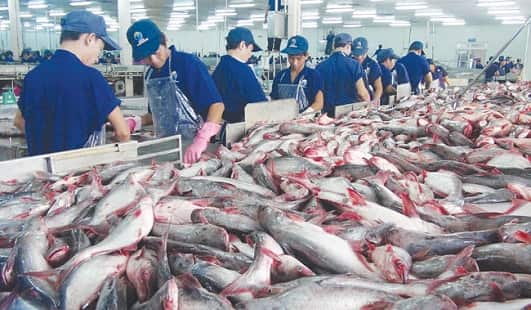 As the demand for seafood has increased globally, technology has made it possible to grow food in coastal marine waters and the open ocean. To meet this growing demand for fish in the global market, many countries have boosted their fish production by adopting several techniques and methods like aquaculture. For most of these countries, fish farming has contributed immensely to their GDP and foreign exchange.

Aquaculture simply means farming in water. It is the breeding, rearing, and harvesting of fish, shellfish, algae, and other sea animals in all types of water environments for human consumption.

Fish is one of the highest and richest sources of protein, omega 3 fatty acids, vitamins D and B2, calcium, phosphorus, zinc, iodine, magnesium, potassium and pop, widely consumed globally. Thus, the demand for fish and fish products grow rapidly.

Fish have a rapid growth pattern and can be easily understood. This particular characteristic ensures that farmers can harvest and sell in a very short period of time.

Fish farming can be very profitable to farmers and countries if planned and managed well. It is a major source of income to families, and contributes to GDP of many countries.

Top 10 largest fish producing countries in the world in 2023

Here is a list of world’s largest fish producing countries. All the countries mentioned here are selected only on the basis of total fish produced in the country. The source of all the data mentioned below and the annual production quantity for each country is collected from reputed websites like Wikipedia, worldfishing.net etc.

China tops our list as the largest fish producing country in the world, with an annual production of 58.8 million metric tons. This country has been consistent and remained in its position as the global leader in fish production for the past few years with no competition. In fact, China accounts for the 1/3 of worlds total fish production.

One of the key reasons for such enormous fish production is that the government encourages fish farming as well as aquaculture cultivating for many years. The techniques and methods used China for aquaculture is highly efficient and has  gained a reputation all over the world. In fact, these techniques are borrowed by many other countries to increase their production.

At present, India occupies the 2nd  spot as the largest producer of fish in the world. Although aquaculture was established in the 19th century in India, it was in the year 2017 that the country became the 2nd largest producer of fish in the world. India has retained this position till date.  This country produces about 9, 045,892 metric tons of fish annually. Indian fish Industry accounts for the 6% of total fish produced in the world, and exports a large quantity of fish products to various parts of the world.

With  annual production of about 6,101,725 metric tons of fish, Indonesia is the third largest fish producing country. Even though the quantity of fish produced by this country has declined over the past few years, the country has managed to adopt more efficient techniques and methods to increase the production. Today, this adequate adaption helped the country to become the third largest fish producing country in the world. One of the notable features of the country is the presence of Coral Triangle coral reef which is one of the world’s largest hosts for fish diversity. This coral reef hosts about 1650 species of aquatic animals.

Peru is placed 4th in our list of fish producing countries. This country produces 5,854,233 metric tons of fish annually. This country has been a leading producer of fish since 1960, although the fish production has declined recently due to over fishing that even led to the extinction of some species. Peru is blessed with a 3000 km coastline and 12,000 lakes and lagoons that hosts over 50 species of fishes. The fish industry in Peru is one of the major sources of income to a majority of people.

United States of America is an all-rounder in many industries like cotton, coffee beans, and fish. The country produces 5,360,597 metric tons of fish annually, and has one of the largest aquatic zone in the world that covers over 11.4 million square kilometres. The United States of America has always seen to the fact that the quality of the fish production never decline under any circumstances. This country always fish in order to meet the domestic and the global demand.

Chile has one of the best and greatest productive marine ecosystems in the world and also has a total of 2,500 mile coastline. With the production of 5,028,539 metric tons of fish annually, fish farming is one of the major sources of income for this country. Notably, the majority of fish produced by this country is collectively from the small-scale farming done by individual families in order to find income for their survival.

Of course, this list would be incomplete without mentioning Japan. Japan is popular for its seafood dishes and the country produces 4,819,116 metric tons of fish annually. The majority of the fish produced in the country is exported. Japan’s fish industry is a source of some of the world’s rarest and delicious fish products.

Thailand produces 3,743,564 metric tons of fish annually. Thailand has an 80-year history of practicing aquaculture of imported Chinese carp. The annual production of fish by this country has been increasing for the past few years as they have adopted using brackish water aquaculture system.

Vietnam produces 3,367,853 metric tons of fish annually. Majority of the fish produced in this country is through aquaculture and this country has been utilizing aquaculture for fish production since 1960’s. This country is well-known for the vast number of fish species which numbers to 2,458 which is comparatively higher than any other countries. Vietnam offers a wide diversity of fish products and they find a majority part of income by exporting fish products.

Russia produces 3,305,749 metric tons of fish annually. The country is one of the countries that have least used its natural resources for fish farming and production. It is estimated that the country has 2 million rivers flowing across its land and has vast coastlines. Russia has been facing several issues for the past few decades, however, the government is working efficiently to eliminate the issues and increase the production.