With a favourable climate that enjoys sunshine for most of the year, Africa receives millions and millions of tourists who come to bask their vacations away. Many tourists can’t help but fall in love not only with the weather but also how welcoming African people are. No wonder when tourists come to the “dark continent” they keep coming back again and again for the cultural exchange. Here, they enjoy diverse cultures, food, wildlife and even the nightlife in major cities.

Most visited countries in Africa

In 2018, the African continent attracted well over 67 million international tourists according to data from the World Tourism Organization (UNTWO). The tourism numbers have continued to increase steadily as some countries reap big than others. These are the most visited countries in Africa based on international arrivals at their borders in 2018:

Lonely Planet describes Morocco as “a gateway to Africa and a country of dizzying diversity”. The country has captured the imagination of visitors from Europe for centuries. Morocco boasts of ancient Roman and Islamic sites that make it a popular tourist destination. The culture and heritage of Morocco contribute a great deal to the reasons why tourists visit the country. With sites such as the Atlas Mountains, Morocco will continue to lead in this respect with millions and millions of tourists jetting in annually.

Some of its best-known locations are the capital, Marrakech, which will be the first Capital of Culture in Africa in 2020; Casablanca, which has been romanticised by visitors for decades; and the city of Chefchaouen with its famous blue walls.

The famous Sahara Desert is found in this country, and many people want to experience the life there. The other good thing about Morocco is that it is safe without major security incidences of concern, thus justifying why it tops among the most visited countries in Africa.

If your interest is in ancient civilizations, then Egypt is the right place to start. Famously known for the Pyramids of Giza, this country receives millions of tourists eager to see the wonder for themselves. Egypt has a rich history with numerous destinations including the Abu Simbel temples south of Aswan, the Karnak Temple Complex and Valley of the Kings near Luxor. 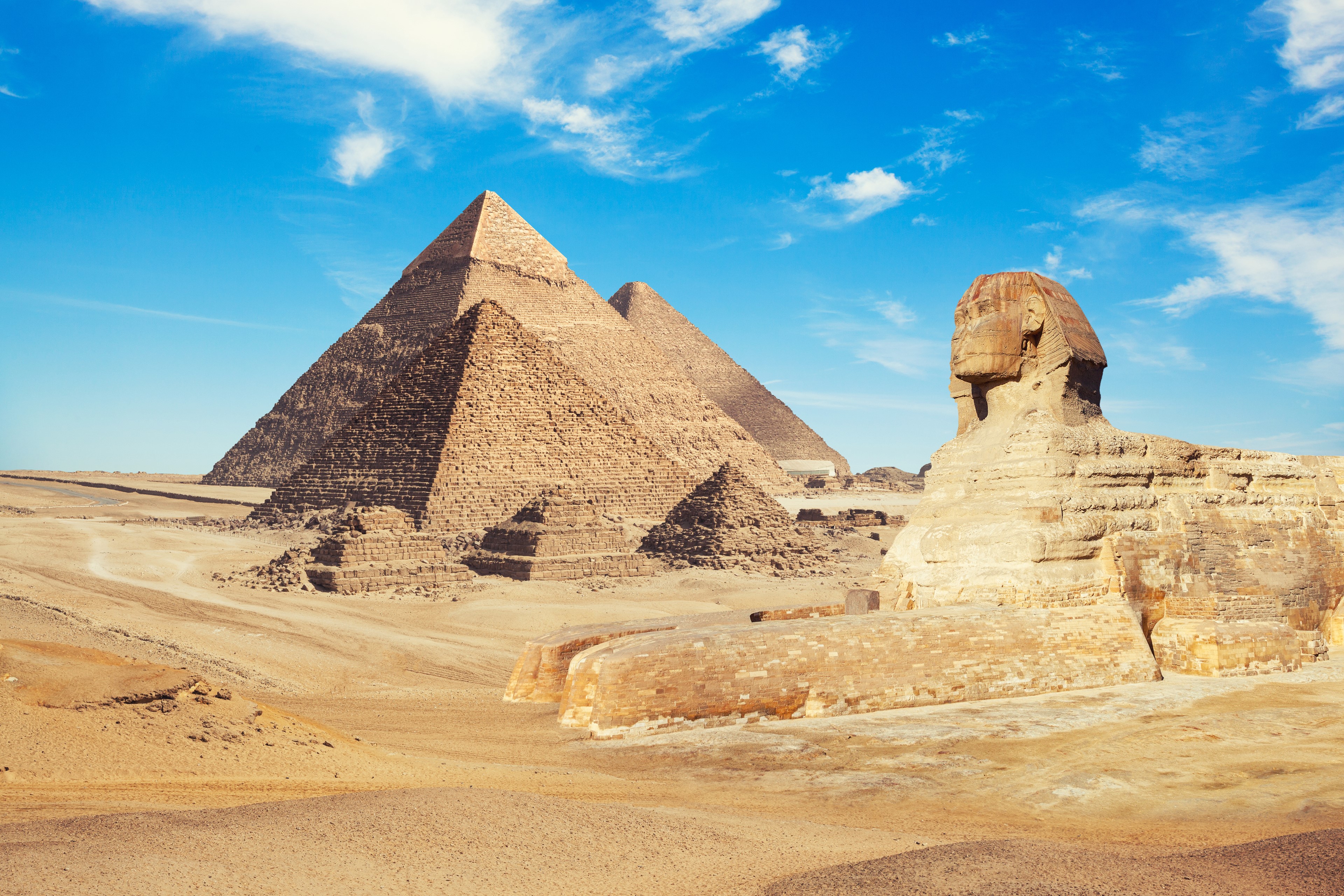 Egypt is also a safe destination with no travel advisories, which is why tourists flock in their numbers. Egypt also enjoys the privilege of being marketed as belonging both to Africa and the Middle East and probably one with the highest number of tourist destinations in Africa.

Black-maned lions framed against Kalahari dunes; powdery beaches lapped by two oceans; star-studded desert skies; jagged, lush mountains”. These are just some of the reasons Lonely Planet gives for visiting South Africa, which it describes as “a country of astounding diversity” – a theme that proves to be common among Africa’s most visited countries.

This is no exaggeration either. Cape Town is regarded as one of the world’s most beautiful cities, surrounded by natural gems, such as Kruger National Park, the majestic Drakensberg Region and The Winelands famous for producing some of the world’s favourite wine. 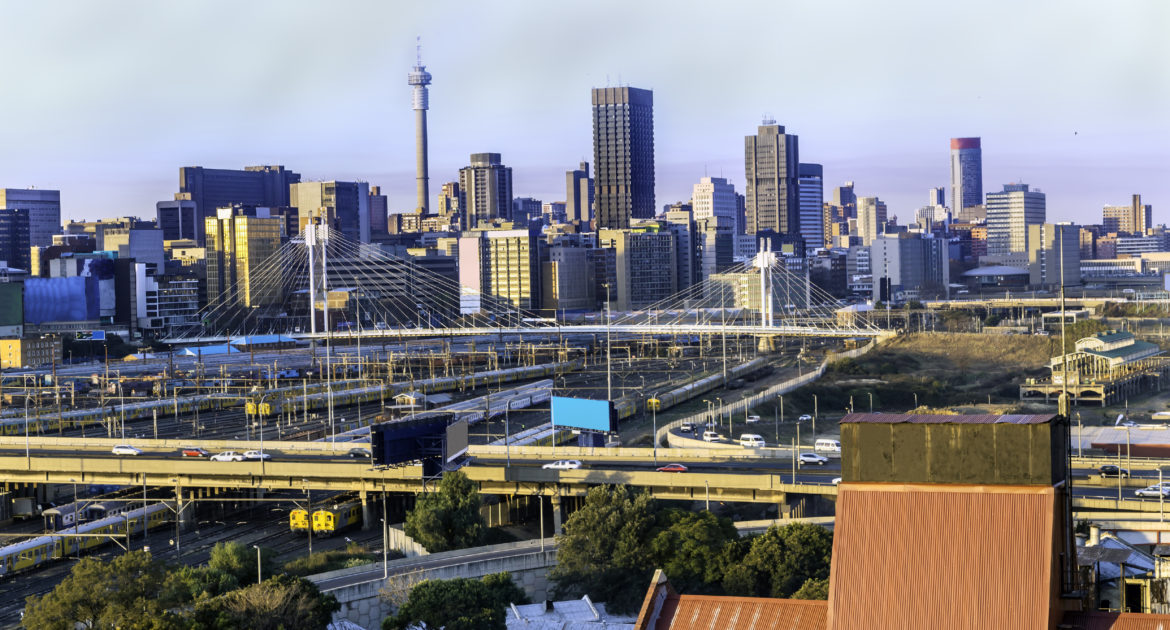 After successfully hosting the 2010 FIFA world cup, South Africa saw an influx of tourists in the country, and the numbers have been on an upward trend since then. South Africa has some of the best attractions on the continent ranging from its Table Mountain, Cape Town and the Kruger National Park.

The country also has a vibrant manufacturing industry, with almost 90 percent of all the platinum metals on earth and 41 percent of all the gold in the world. While there is no doubt that Cape Town is one of the most visited cities in Africa, the country has a host of other towns and cities that are worth checking out. 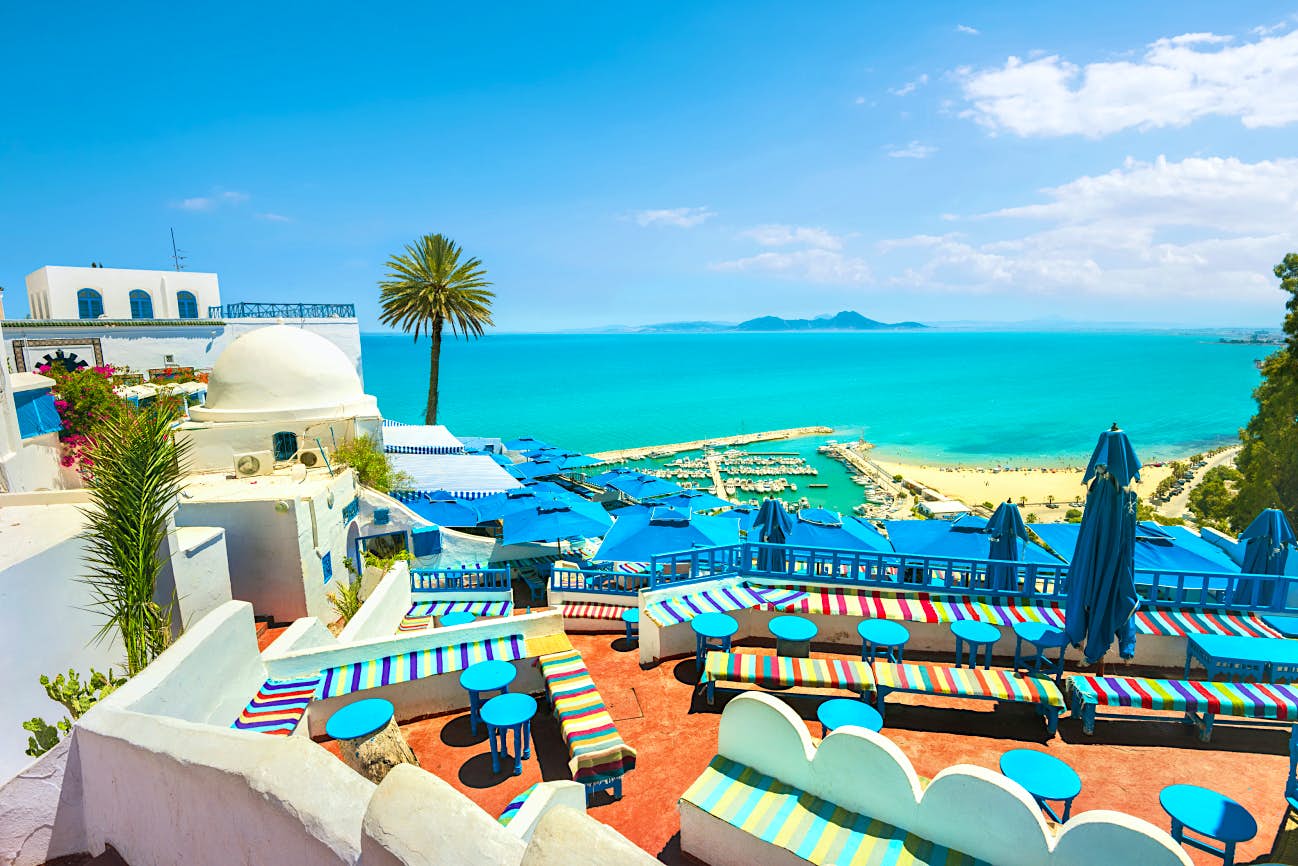 Tunisia is the perfect destination for a vacation thanks to its resorts found all over the country. It does not matter which part of the country you are visiting because the standards of accommodation are satisfactory be it in Monastir, Sousse or Hammamet. The country is also known for marine tourism with thriving marine life in Hammamet. The scenic beaches of the country are a paradise for scuba divers.

Major tourist destinations in the country include the Capital city Tunis, the Muslim and Jewish quarters of Jerba, the ancient ruins of Carthage and the Monastir coastal resorts.

Zimbabwe is among the most visited countries in Africa. It is the home to Victoria Falls, one of the Seven Wonders of the World. There are about eight major national parks in the country where tourists can see the wildlife of the top tourist destinations of the continent.

Zimbabwe is also known for its beautiful topography owing to a series of mountainous areas on the Eastern Highlands bordering Mozambique. The Chimanimani peaks attract not only hikers but also scientists from around the world. The country is also known to host several medieval-era city ruins that were built in a unique dry stone style.

Home to some of Africa’s best footballers, Cote d’Ivoire is also a leader in the tourism industry. The country is tourist-friendly with visitors staying for less than 91 days not required to have visas. Among the attractions in the country are the chamnage and the fortasja which are castles that have been destroyed in recent wars. 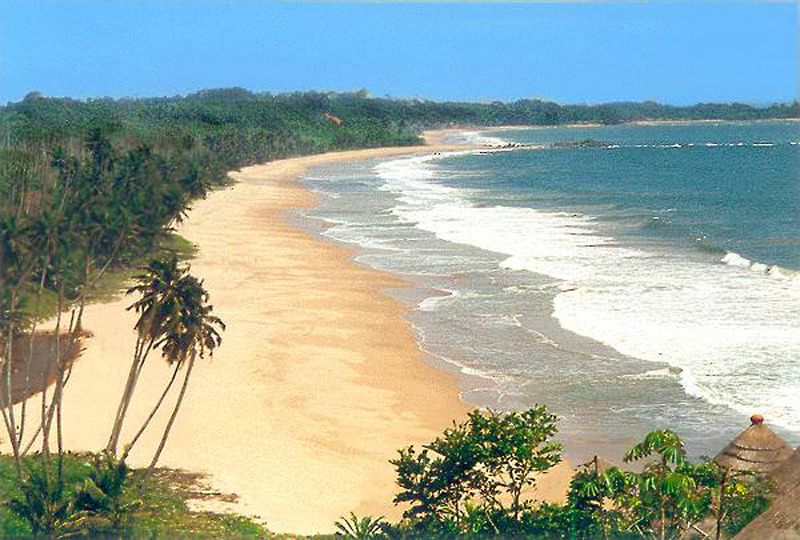 Tourists also enjoy the beaches of the country, Abidjan nightlife and tours to the provinces. The country is an embodiment of tourism in Africa with ancient sites, unique wildlife and desert safaris.

Uganda is one of Africa’s best-known natural wonders and a highly-popular destination for safari adventures. The East African nation is home to the continent’s tallest mountain range, the Rwenzoris, and the source of the Nile, the world’s longest river that stretches through eleven African nations before meeting the ocean at Egypt’s coast.

However, Uganda’s biggest attraction for many is tracking mountain gorillas in their misty, natural habitat. With a good climate, tourists visit sites such as the Kampala Hindu Temple, Lubiri Palace, Uganda National Mosque and Nakasero Market.

A visit to the world’s second-largest landlocked country reveals breathtaking mountain gorilla, the snow-capped peaks of Mount Rwenzori, the source of River Nile, the Murchison Falls and an array of wildlife. Due to its climate, Uganda is one of the best countries to visit in Africa in July when there are no rains.

Kenya is another East African country that receives millions of visitors yearly and among the top popular countries in Africa. The country has rich wildlife and tourists don’t need to travel far to see for themselves. The Nairobi National Park within the capital city is just a few minutes’ drive from the Jomo Kenyatta International Airport.

Other major attractions include the Maasai Mara National Reserve, Amboseli National Reserve, and Tsavo National Park among others. Tourists visit this country for savanna safaris and hikes. With its many tribes, the state also offers diverse cultures, including the Maasai whose heritage is world-famous.

The coastal town of Mombasa is a common destination where tourists bask in the sandy beaches and enjoy some cultural events such as the Lamu donkey riding competition.

Home to rare and endemic species of plants and animals, Mauritius is a popular tourist destination in Africa. The fact that you can find the giant tortoise, pink pigeon and Mauritius kestrel here should indicate that the diversity to be experienced here is unrivalled. The island is also the perfect destination for beach lovers because they feel like they are in paradise here. 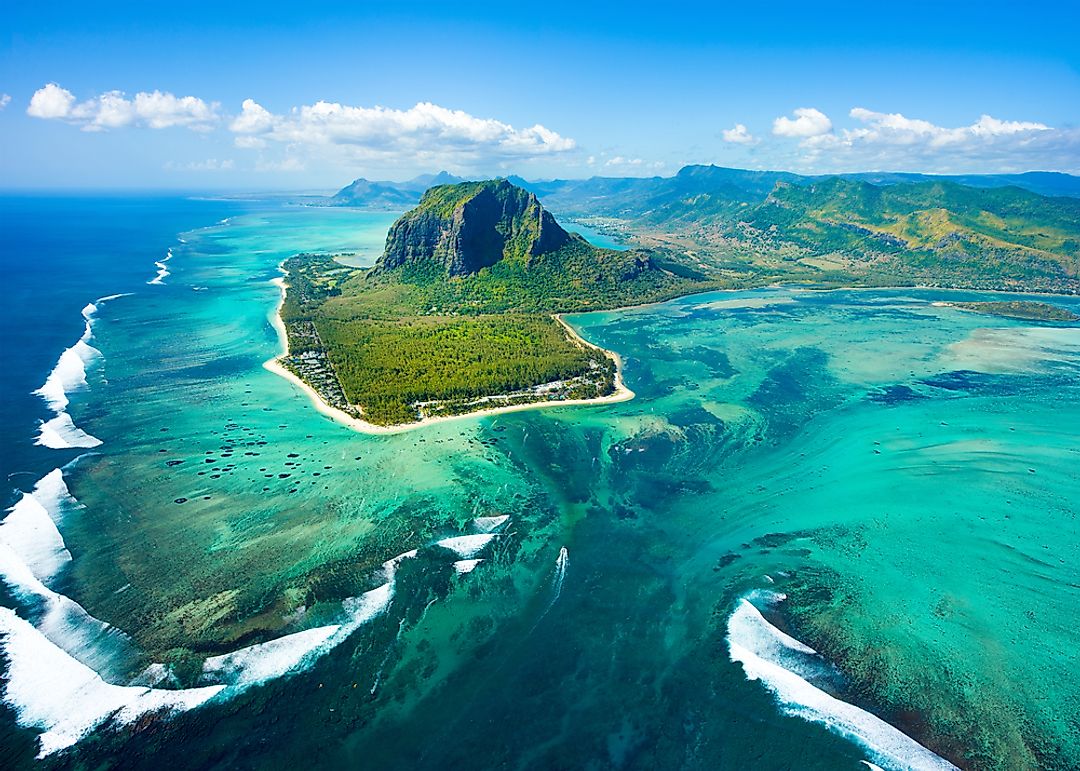 If you happen to tour the island, be sure to visit Port Louis, go deep-sea fishing, head to the Caudan Waterfront or even scuba dive in the Blue Bay Marine Park. It is undoubtedly among the great tourism countries in Africa.

Formally Swaziland, the recently renamed eSwatini still boasts the same potent mix of natural wonder and unique culture that makes it such a rewarding place to visit. Here’s what Lonely Planet has to say about this southern African gem:

“Unlike South Africa, eSwatini has managed to hold on to that slow-down-this-is-Africa feeling and that’s why it’s gaining in popularity. Everything remains small and personable and the atmosphere is remarkably relaxed. Instead of making a flying visit here on your way to Kruger National Park, KwaZulu-Natal or Mozambique, consider staying at least a week to do the country justice. If you plan a visit during the winter months, try to make it coincide with the Umhlanga (reed) festival, one of Africa’s biggest cultural events.”

For travellers seeking a true cultural experience, eSwatini provides one of Africa’s most enriching destinations – and that’s saying a lot considering the vast cultural diversity on offer, even within single nations, across the continent.

The tiny country sandwiched by South Africa is known for its excellent craftsmen. Tourists flock the country to buy crafts in the craft markets and other shopping attractions. Swaziland’s Ngwenya Glass is said to be Africa’s most prestigious glass factory. The people here are very creative as occasioned by the colourful handmade candles made in the shapes of almost all African animals. 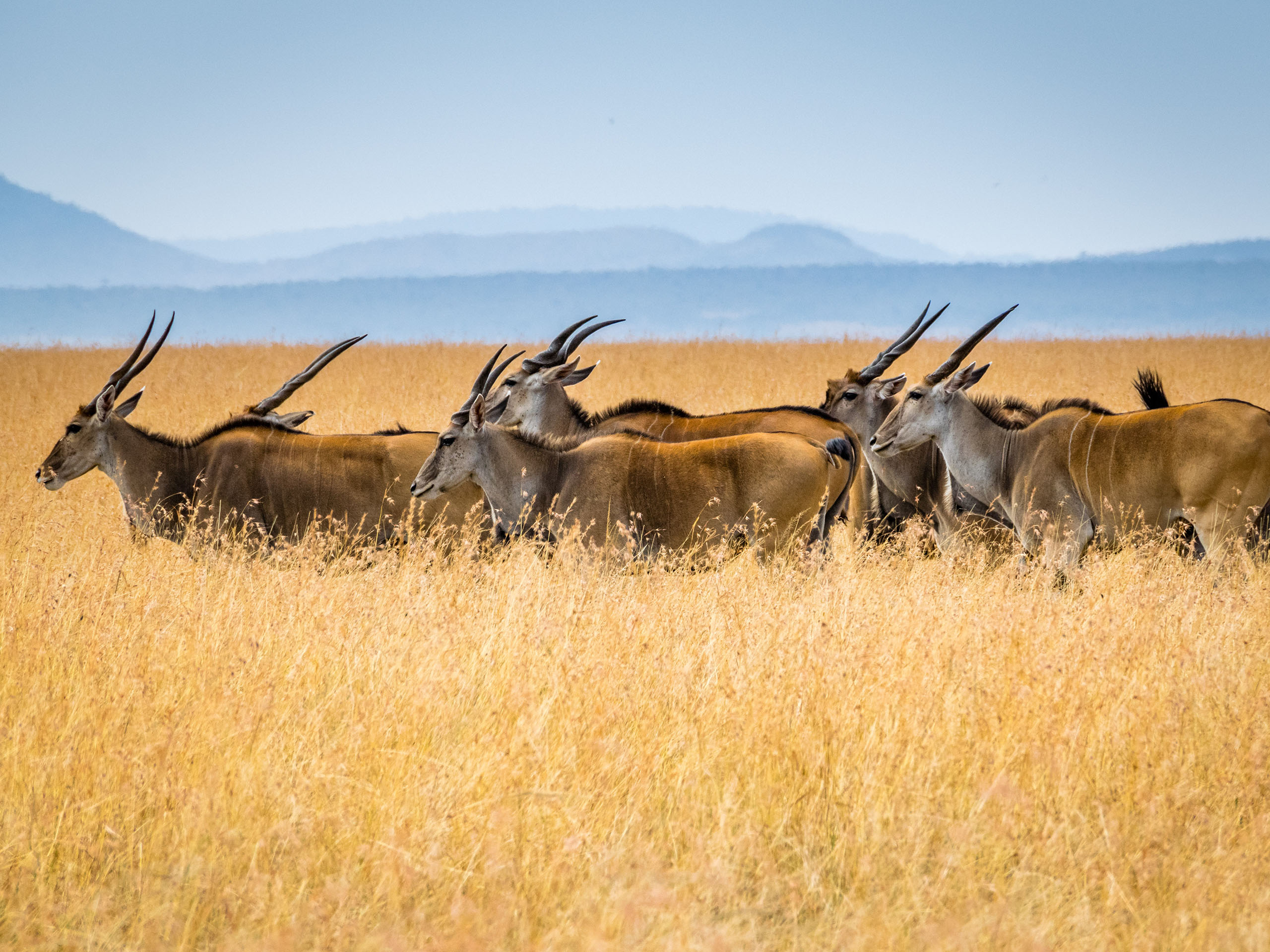 Tourists also visit to experience the culture of Africa’s last absolute monarchy. Their leader Mswati III is also world-famous for having 15 wives, two of which are appointed by the state. Due to its welcoming and friendly people, eSwatini is among the best places to travel alone in Africa.

African countries have made efforts in the development of infrastructure, but tourism remains one of the most important economic drivers for the foreseeable future. The biggest challenge is insecurity posed by terrorists and diseases such as Ebola and more recently, COVID-19. The most visited countries in Africa boast unique and diverse wildlife, scenic landscapes and beautiful beaches.